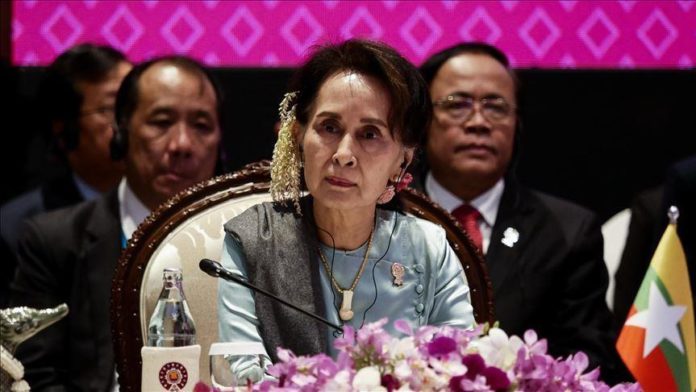 Nyan Win, 78, died at a hospital where he was shifted last week from Yangon’s Insein Prison, the National League for Democracy (NLD) said in a statement.

“We vow to continue to fight for our unfinished work to end the dictatorship in this country and to form a Federal Democratic Union,” the party said.

The State Administration Council – the name used by the military government – said the politician died of complications caused by diabetes and hypertension, stressing that Myanmar’s prisons are equipped to treat COVID-19 patients.

According to the military junta, 375 inmates have been infected with COVID-19 in jails to date and six had died before Nyan Win.

UN officials have warned of an alarming spike in infections and deaths in Myanmar as a collapsing healthcare system deepens the crisis.

Daily virus fatalities hit a record high of 281 on Tuesday, while 5,189 new cases pushed the overall count closer to 235,000, according to data from the junta-controlled Health Ministry.

Some 400,000 people could lose their lives to COVID-19 if no immediate action is taken to curb the virus’ spread in Myanmar, Zaw Wai Soe, health minister of the United National Government, the shadow government set up by opponents of the military junta, said in a statement late on Tuesday.

Just about 1.6 million of Myanmar’s 54 million people have been vaccinated so far, with the country aiming to cover half of the population this year.

Some 750,000 Chinese vaccine doses are due to arrive on Thursday and more will follow over the coming few days, the Global New Light of Myanmar newspaper reported.

At least 922 people have been killed by Myanmar’s military since it seized power on Feb. 1, according to an update by the Assistance Association for Political Prisoners (AAPP) released late on Tuesday.

As of July 20, a total of 5,315 people have been arrested since the coup, with 255 sentenced in person and 26 sentenced to death, including two children, the report said.