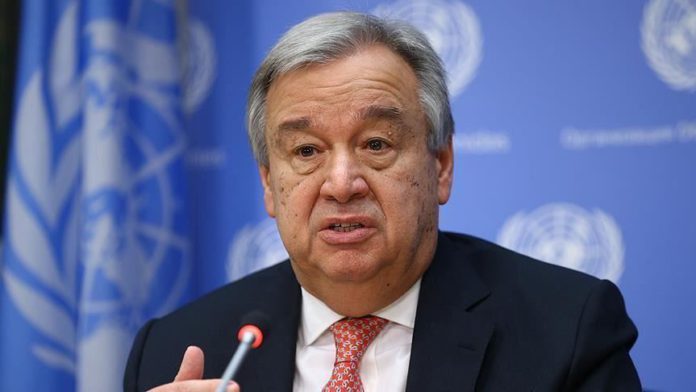 As elections approach in Ivory Coast, UN Secretary-General Antonio Guterres has called on all parties to reject incitement to violence which has claimed at least eight lives.

Guterres condemned the violent incidents in the towns of Bonoua and Dabou, which left several people dead and expressed his sincere condolences to the families of the victims.

“Guterres is concerned about the tense situation in Ivory Coast ahead of the October 31 presidential election,” his spokesperson said in a statement.

One person died and several others were injured this week in Bonoua, 60 kilometers (37 miles) east of the economic capital Abidjan, during an Ivorian opposition demonstration.

The opposition has called for “civil disobedience” and boycott of Oct. 31 presidential poll.

In Dabou, protests reportedly degenerated into intercommunal clashes, killing seven people, according to the UN statement.

The UN chief reiterated his call to political leaders to “reject all hate speech and incitement to violence” and encouraged “all political actors and their supporters to engage in constructive dialogue and create an environment conducive to the holding of inclusive and peaceful elections.”

The elections are scheduled on Oct. 31. Besides the 78-year-old President Alassane Ouattara, the nomination of three other candidates has been approved.

Opponents and experts are up in arms against allowing Ouattara to bid for the third term, pointing out that the president himself had opposed to the third term for the top political post.

They are also peeved at the decision of barring former President Laurent Gbagbo and former rebel leader and parliament speaker Guillaume Soro from contesting the elections.

Both these strong contenders were disqualified by the Independent Election Commission (IEC) for their alleged involvement in criminal cases.

The IEC also rejected the nomination of opposition leader Mamadou Koulibaly of the Freedom and Democracy for the Republic party (LIDER).