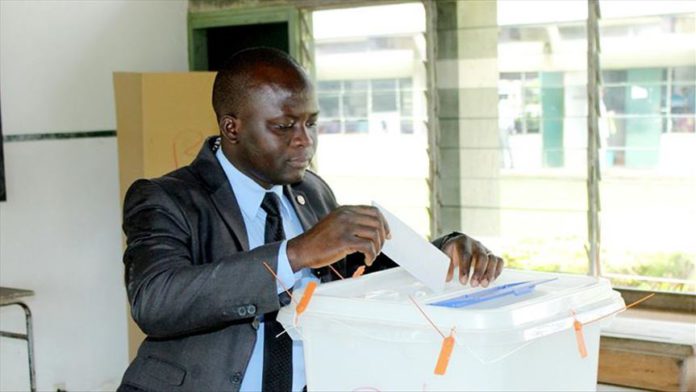 The elections are scheduled on Oct. 31. Besides the 78-year old President Ouattara, the nomination of three other candidates has been approved.

Opponents and experts are up in arms against allowing Ouattara to bid for the third term, pointing out that the president himself had been opposing giving any third term for occupying the top political post.

They are also peeved at the decision of barring former President Laurent Gbagbo and former rebel leader Guillaume Soro, from contesting the elections.

Both these strong contenders were disqualified by the Independent Election Commission (IEC) for their alleged involvement in criminal cases.

The IEC also rejected the nomination of opposition leader Mamadou Koulibaly of the Freedom and Democracy for the Republic party (LIDER).

“The candidacy of Ouattara for a third term is one of the main problems that will have to be solved. It is a controversial candidacy, constitutionally legal but politically incorrect and irresponsible,” Ephraim Djaha, an Ivorian political analyst told Anadolu Agency.

Originally 44 candidates had filed nominations to contest the presidential elections. But the nominations of most of them were rejected as they failed to amass signatures from at least 1% of the electorate, which has been made mandatory as per new election law.

Experts warn that situation may turn out of control in the former French colony, known for its beach resorts and rainforests. They remind that a similar controversial election in 2010, had resulted in the death of 3,000 people. Backed by France, Ouattara was declared the winner in the elections against Gbagbo, who had also claimed victory.

Since late 2011, the International Criminal Court (ICC) has been trying Gbagbo for his alleged role in the violence.

Field open for the president

Except for the incumbent president, the other three candidates in the fray are considered political lightweights. They include Henry Konan Bedie, 86, leader of the Democratic Party of Ivory Coast (PDCI), Pascal Affi Nguessan, 67, telecommunications engineer heading the Ivorian Popular Front (FPI) and Kouadio Konan Bertin,50, the only independent candidate.

Nguessan, who has occupied the post of prime minister under Gbagbo, will try his luck for presidential post a second time. He had earlier contested the 2015 presidential election. Bertin, a former deputy is also vying for the top post second time.

According to analysts, the field has been kept wide open for the President Ouattara, a former International Monetary Fund (IMF) official. He had previously announced his withdrawal from the race, but then changed his decision, which has not gone down well with the public.

The International Crisis Group has also predicted that the elections may throw the country into a serious crisis.

Political analyst Sylvain N’Guessan also said that Ouattara should have nominated another member of his party to contest. He recalled that president himself had once taunted other African leaders, who want to remain in power for the third term.

“I think his party is aware of national reconciliation’s failure. It makes them think that it is necessary to remain in power. Hence the unanimity around the candidacy of their leader. They think they will be safe in power and escape possible prosecution,” he said.

Analysts believe that despite the unrest, the IEC will go ahead with the elections.

Djaha said if elections are postponed, it will only extend presidential term of Ouattara as was the case for the predecessor Laurent Gbagbo. But, he said for the opposition, it would be an opportunity to renegotiate the list of candidates, solve institutional problems, and galvanize electorate.

Nguessan, however, believed that the opposition had not well prepared its strategy. He said the opposition should have formed a coalition much ahead to maximize political debate and create electoral conditions.

While there is no doubt in the reelection of Ouattara, experts, say his tactic and the opposition capability of challenging him and creating disturbance may lead the country to go Mali way, where public discontent led to a military coup.

Djaha said the country is caught between “a power mafia” that has control over the institutions of the republic and “timid opposition alliance” that is trying its best to convince people to support civil disobedience and election boycott. “The situation is very alarming,” he added.

“I think that Ouattara will be re-elected in the first round and he will form his government. The opposition will challenge his mandate and accuse a constitutional vacuum hoping to create areas of turbulence to weaken the power by wanting to reproduce Mali’s pattern,” this is the scenario he envisages.