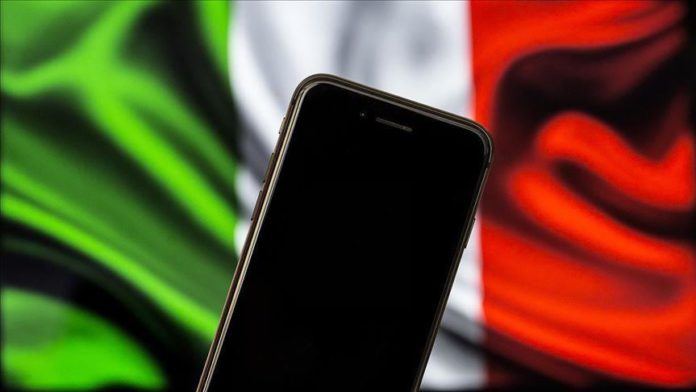 Italy’s mobile tracing application Immuni — chosen by the government to help contain coronavirus’ contagions — was launched on Tuesday with half a million downloads, registering a strong response from Italian users.

The app, developed by Milan’s tech firm Bending Spoons, quickly jumped on top of the most downloaded free apps for both Android and Apple’s operating systems, surpassing popular applications like TikTok, Whatsapp and Instagram.

Four Italian regions — Liguria, Abruzzo, Marche and Puglia — will start testing Immuni from June 8. Then the app will start being active in the rest of the country.

Immuni’s launch had been expected a few weeks ago, but was postponed to wait for the needed approvals by privacy authorities. The app’s announcement had raised concerns it could be used to collect sensible individual data and control people’s movements.

The mobile app is aimed at reducing the risk of COVID-19 contagions by signaling when users are in proximity to someone who’s been infected.

It is based on Bluetooth technology and authorities ensured it will not store sensible data or allow to geo-localize people. All personal data collected will be deleted once not needed anymore and in any case by the end of the year.

If someone tests positive for COVID-19 and marks that status on Immuni, the app will alert anyone who has been in proximity with that person. They will be advised to self-quarantine and get tested themselves to limit the spread of the virus.

Italy has been hit hard by the coronavirus outbreak, which has already claimed about 33,500 victims. Since early May the government has been gradually easing lockdown restrictions on citizens’ movement and business activities, but there is concern that a relaxation in rules may spark a new wave of contagions.

Italian authorities read the first data on downloads as an encouraging sign, showing that citizens trust the new application, which is not mandatory.

“That means that citizens have understood the importance and the utility of it,” said Innovation Minister Paola Pisano. “As of today, we are the largest country in Europe that is using a similar technology to contrast the virus.”

The number of downloads is determinant for the success of the app. Italian authorities have said that at least 60% of the population would have to use Immuni to make it effective.

However, a recent survey showed that only 44% of Italians would certainly or probably download the app.