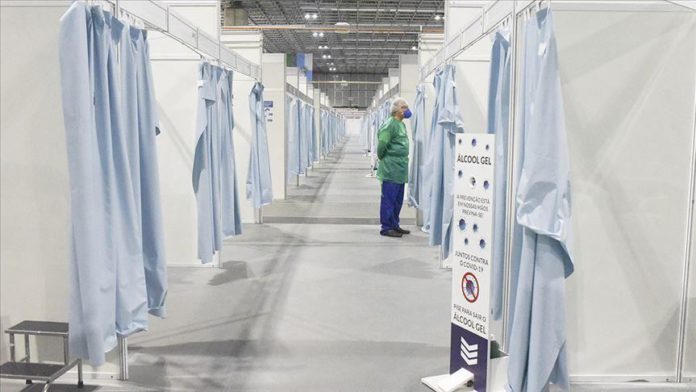 Italy’s COVID-19 death toll has risen to 39,059, with 233 new fatalities over the past day, according to Health Ministry data released Monday.

The country registered 22,253 more novel coronavirus patients over the past 24 hours, while the overall tally now stands at 731,588.

Also, in a statement, Roberto Carlo Rossi, head of the Medical Association of Milan, said the situation in hospitals became unsustainable and called on the city administration to implement restrictive measures immediately.

Meanwhile, a total of 218 new cases were reported over the past 24 hours in the island nation of Malta, one of the countries hardest hit by the second wave of the outbreak.

The figure is the highest number of cases in the country since March, when the pandemic broke out.

While the number of patients on the island rose to 1,937, a total of 64 people have died in the pandemic so far.

Across the world, COVID-19 has claimed more than 1.2 million lives in 190 countries and regions since last December.

Over 46.7 million cases have been reported worldwide, with recoveries exceeding 31.1 million, according to figures compiled by the US’ Johns Hopkins University.