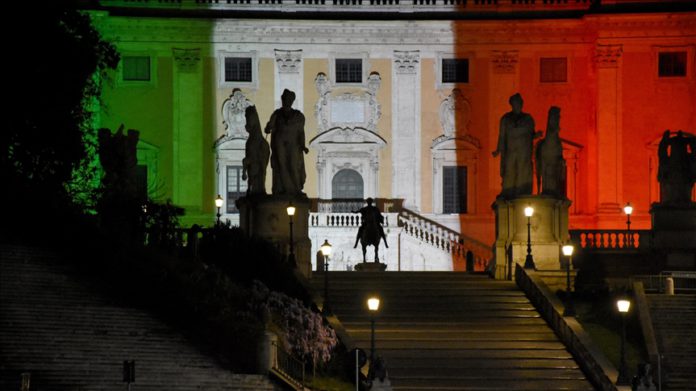 Italy’s president has summoned former European Central Bank chief Mario Draghi for a meeting Wednesday after stressing the urgent need for political parties to back the creation of a “high-profile” government able to lead the country through its health and economic emergency.

In a televised speech late Tuesday, Sergio Mattarella announced that the first round of negotiations aimed at forging a new ruling coalition had failed, leading the country into deep uncertainty after the sudden collapse of the government led by Prime Minister Giuseppe Conte last week.

Mattarella is now faced with the alternative of tapping an institutional, high-profile figure to lead a new Cabinet or the risky choice of calling early elections. However, he said Italy cannot afford to enter a months-long electoral campaign just as it is battling a second wave of the coronavirus pandemic.

He then appealed to all political forces in parliament to support the urgent creation of what he defined as a “high-profile” non-political government.

The most likely option is that Mattarella would tap the former ECB president, who has a high international standing and a solid reputation for his crucial role in saving the European single currency, to try to form a new cabinet.

Mattarella, however, would have to make sure that the future premier has the full backing of the main parliamentary forces before giving him a mandate to try to lead Italy in such a difficult time.

The president stressed that Italy is facing a double emergency as the COVID-19 outbreak hit its already fragile economy, plunging it into a dramatic recession.

The political crisis was sparked last month by former Prime Minister Matteo Renzi, who pulled his tiny Italia Viva party from the ruling coalition, stripping it of its shaky parliamentary majority and forcing Conte to resign.

Mattarella had given the center-left parties in Conte’s former coalition until the end of Tuesday to see if they could forge a new majority in parliament, possibly with a new mandate for Conte as premier.

But the efforts, led by Lower House speaker Roberto Fico, collapsed after parties admitted they were not able to bridge their differences over the handling of the pandemic and other key policies.

If the second attempt to cobble together a wide coalition government — possibly headed by Draghi or another non-political figure — fails, then Mattarella would have the only option of dissolving parliament and calling early elections, likely in June.