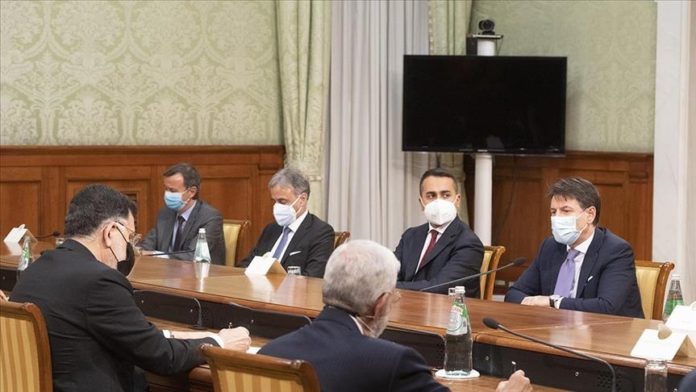 According to Haftar’s media office, he hailed “the role of the Italian government in supporting solutions to the Libyan crisis.”

The media office did not provide any statements by the Italian officials who accompanied Conte in his visit to Benghazi, however.

Following the short visit, the Italian Foreign Ministry said that 18 Italian fishermen who were incarcerated in Libya for three months by Haftar’s militia were released.

Italian Foreign Minister Luigi Di Maio thanked the Italian intelligence and diplomatic corps for “having worked to bring them back” to Italy.

Di Maio also confirmed Italy’s support for the stabilization process in Libya, saying “this is what I and Premier Giuseppe Conte have reiterated today to Haftar during our meeting in Benghazi.”

The Government of National Accord was founded in 2015 under a UN-led agreement, but efforts for a long-term settlement failed due to a military offensive by forces loyal to Haftar. He launched an onslaught on the capital Tripoli in April 2019 but was pushed back.