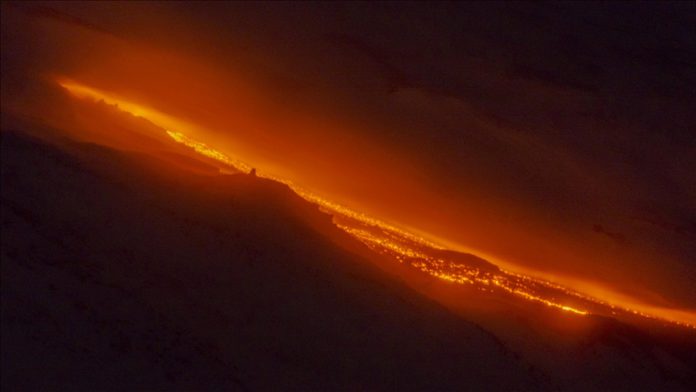 Mt. Etna, one of the world’s most active volcanoes located in southern Italy, erupted again on Monday, spewing lava and a massive cloud of ash, according to local media reports.

The lava flow was seen on the slope of the volcano due to the eruption that occurred in the active southeast crater of the mountain.

According to reports, the ash blasted by the mountain reached 11 kilometers (6.8 miles) high, prompting a red-coded alert over Catania’s airspace.

These reports said the runway at Catania airport has been covered in ashes, and flights are suspended.

Many volcanic earthquakes were also reported around the mountain amid the volcanic activity in Etna.