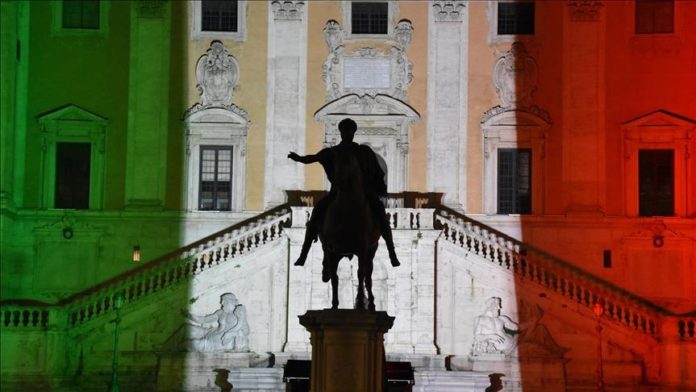 Italy’s former royal family, the House of Savoy, is planning to sue the Italian government in an attempt to reclaim crown jewels that King Umberto II left in Rome before he went into exile.

La Repubblica and other Italian newspapers reported on Wednesday that the Savoys are arguing that the jewels were given to the central bank just for safekeeping, and their ownership never passed to the Italian state.

“The crown jewels were never confiscated and must be returned to the heirs, we will get to the bottom of this, we are determined,” royal family lawyer Sergio Orlandi told local LaPresse news agency.

Three days earlier, Italy had voted in a referendum to abolish the monarchy and become a republic, prompting Umberto II’s decision to leave the country. He settled in Portugal and died of cancer in Geneva in 1983.

Orlandi, the lawyer, spoke after a mediation meeting on Tuesday in Rome with representatives of the Bank of Italy, the office of the Italian Prime Minister and of the Ministry of Economy, which failed to settle the dispute.

The meeting “did not have a positive outcome,” Orlandi said, indicating that a lawsuit against the central bank, the prime minister’s office and the Economy Ministry would be filed “in a few days.”

The Savoy jewels have never been shown in public since they were handed over to the central bank. “If we get them back, we will have them exhibited,” Prince Emanuele Filiberto, the grandson of the last king, was quoted as saying by Corriere della Sera newspaper.

The Savoys have a controversial reputation in Italy, partly due to their association with fascism in the interwar period. Umberto II’s father, King Victor Emmanuel III, appointed Benito Mussolini as prime minister in 1922 and signed his anti-Semitic racial laws in 1938.

Under Italy’s republican constitution, enacted in 1948, the ex-kings of the House of Savoy, their spouses and their male descendants were banned from the country and stripped of the right to vote and stand for public office. This provision was abolished in 2002.

The constitution also says that assets on national territory “of the former kings of the House of Savoy, their spouses and their male descendants shall be transferred to the State”, and any royal claim on them exercised after June 2, 1946 “shall be null and void.”

US offering help in May election casts doubts: Morales