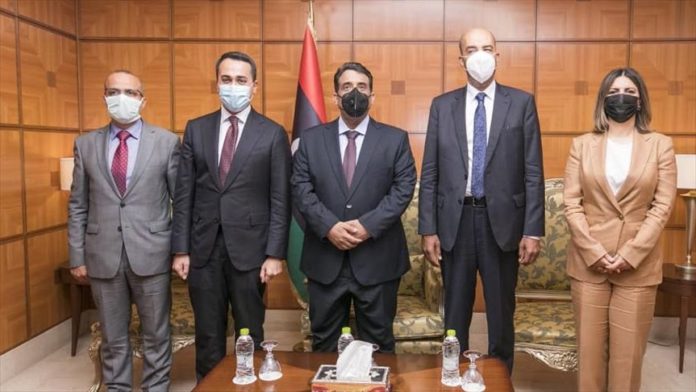 On an official visit to Libya, Italy’s foreign minister met on Sunday with government officials of the North African country.

Among the topics discussed was the revival of a friendship treaty between Libya and Italy signed during the time of ousted Libyan leader Muammar al-Qaddafi, along with a project under the treaty to construct a motorway spanning the country’s northern coast with the Mediterranean Sea.

The Italian minister congratulated the National Unity Government on its vote of confidence from the Libyan parliament earlier this month.

Di Maio and Dbeibah discussed bilateral relations, as well as prior-agreed but unfinished projects between Rome and Tripoli.

The Libyan parliament granted a vote of confidence to Dbeibeh’s government on March 10 with 132 votes of the 133 lawmakers who attended the session.