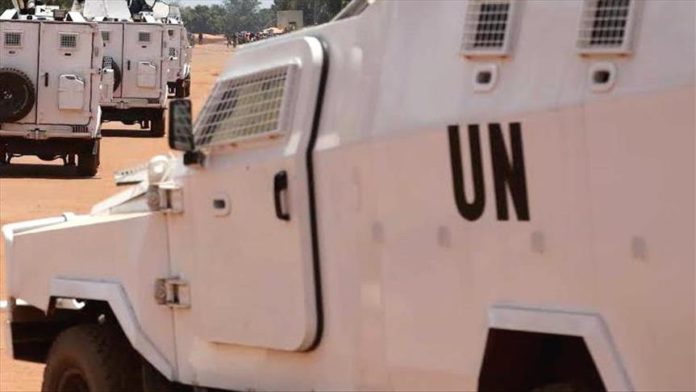 An Italian diplomat was among three people killed Monday in an attack on a UN convoy in the restive Democratic Republic of Congo, said local and Italian authorities.

According to local sources, the convoy was attacked in an attempted kidnapping near Goma, the capital of North Kivu province in the eastern part of the country.

Italy’s Ambassador to the country, Luca Attanasio, 43, Italian police officer Vittorio Iacovacci, 30, and their Congolese World Food Program (WFP) driver – whose name has not been released – were confirmed dead in the ambush.

“It was with great shock and immense sorrow that I learned of the death today of our Ambassador to the Democratic Republic of Congo and of a Carabinieri policeman,” Italian Foreign Minister Luigi Di Maio said in a statement.

“The circumstances of this brutal attack are still unclear, and no effort will be spared to shed light on what happened,” he added.

Di Maio, who was attending a European Union meeting in Brussels, decided to return to Rome earlier when he heard about the deadly attack.

The UN World Food Program also expressed its “deepest sympathy and condolences” to the families, colleagues, and friends of the three victims.

The organization said its delegation was on a field visit in the Democratic Republic of Congo, a Central African country, adding that a number of other passengers were also wounded in the attack.

The delegation had departed from Goma to visit a WFP school feeding program in Rutshuru when the incident took place, the program said.

“The WFP will work with national authorities to determine the details behind the attack, which occurred on a road that had previously been cleared for travel without security escorts,” it said in a statement.

“Secretary-General @antonioguterres expresses his deepest condolences to the families of the three people killed in today’s attack targeting a @WFP joint field mission in the Democratic Republic of the Congo, as well as to the Governments of Italy and the DRC,” it said in a tweet.

On behalf of Guterres, Dujarric said in the video message that “he further expresses his solidarity with the World Food Program colleagues and the entire UN team in the country,” calling on the government of the Democratic Republic of the Congo to swiftly investigate the heinous targeting of a UN joint field mission and to bring the perpetrators to justice.

Dozens of armed groups are active in and around the area of Virunga National Park, which lies along Congo’s borders with Rwanda and Uganda. In recent years, park rangers have been repeatedly attacked and tourists kidnapped in this dangerous region.

Gunmen kill 14 in attack on church in Burkina Faso