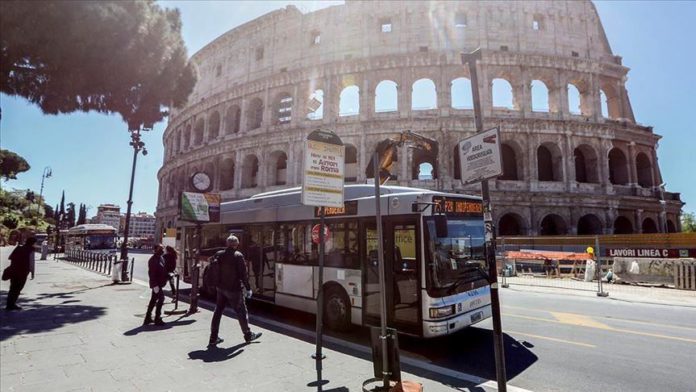 Italy on Saturday reported 119 more fatalities from the novel coronavirus, bringing the death toll to 32,735, as Italians invaded the country’s beaches for the first weekend by the sea.

Data released by the country’s Civil Protection Department confirmed the peak of the outbreak was left behind. The tally of active infections on Saturday fell again, by 1,570, placing the total at 57,752.

The epicenter of the Italian outbreak remains the northern Lombardy region, where fatalities continue to rise, reaching 15,840, almost half of the country’s total deaths.

According to a recent study, however, Italy’s death toll from the coronavirus outbreak in March and April could be nearly 19,000 higher than the official figure of 32,000.

It shows that 156,429 total deaths were registered in Italy in March and April, a figure almost 47,000 higher than the average number of fatalities recorded in those months between 2015 and 2019.

However, in the past two months, only 27,938 deaths linked to coronavirus were reported by the Civil Protection Agency, which releases the official data, INPS noted.

The agency said that means there were almost 19,000 more deaths than normal during that period, which can be reasonably attributed to the effects of the pandemic.

Pictures of Italian beaches crowded with people enjoying the first weekend by the sea, especially in the southern regions, are alarming authorities and experts.

The Italian government is trying to discourage such get-togethers, fearing close groups of people in public places may spark a new wave of contagions, one possibly even more dangerous than the first.