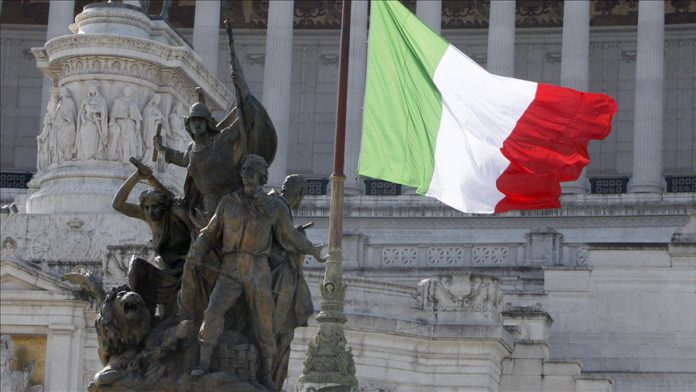 Italy is electing a new president next week via a parliamentary ballot that is marked by secrecy, intrigue and the threat of reviving political instability in a country that changes its governments nearly every year.

At stake is the choice of a new head of state after Sergio Mattarella, whose seven-year term runs out on Feb. 3, but also the political future of the eurozone’s third-largest economy just as it is set to receive around €200 billion ($227 billion) worth of post-pandemic aid from the EU.

The matter is in the hands of 1,009 politicians – members of the two houses of parliament plus regional representatives – who will operate via secret ballot, starting Monday. A two-thirds majority is required in the first three rounds; after that, a simple majority suffices.

Although the golden rule is that no one puts themselves forward for the presidency, Prime Minister Mario Draghi is seen as the frontrunner for the job. Silvio Berlusconi, despite his scandal-hit career, failing health and persistent legal troubles, is also in the picture.

Berlusconi has launched a personal charm offensive, dubbed Operation Squirrel, consisting in him calling up non-affiliated lawmakers to convince them to vote for him. One of them, Cristian Romaniello, described the surreal experience to La Stampa newspaper.

“Hi Cristian, are you interested in the bunga bunga party?” Berlusconi is said to have joked with the 33-year-old lawmaker, referring to the alleged nighttime feasts that saw the ex-premier being tried and eventually acquitted for soliciting sex from an underage prostitute.

“It was quite a quick phone call, a couple of minutes, he did most of the speaking. He spoke about Europe, the international situation. He cracked a couple of jokes, I thought he was on form,” Romaniello said, admitting he first thought the call was a prank from an impersonator.

Berlusconi’s candidacy is a distraction, according to most observers.

“The chances Berlusconi has to become the president of the republic are very slight, minimal from my point of view,” said Roberto D’Alimonte, a politologist from Rome’s LUISS university.

A key aide admitted this week that Berlusconi is about 100 short of the minimum 505 votes needed after the fourth round of voting, calculating expected defections from his center-right bloc and absences due to COVID-19 infections or quarantines.

Draghi is a more serious proposition. As a prime minister, the former head of the European Central Bank has had some success in restoring stability and raising Italy’s international standing.

Italian presidents have a largely ceremonial role, but can play a pivotal role at times of crisis. They appoint prime ministers and dissolve parliament, and often influence the government policy behind the scenes.

If Draghi got the job, he would be expected to ensure that Italy spends EU aid money responsibly – so his appointment would likely be welcomed by Brussels and financial markets.

The prime minister currently leads a grand coalition backed by almost all political parties, with the notable exception of the hard-right Brothers of Italy. He has suggested that the ruling alliance should stay united as it picks a new head of state.

Italy could otherwise face choppy political waters. A divisive presidential election could break up the ruling alliance, bringing about snap elections or pave the way for weak, divided government until the end of the parliamentary term in 2023.

The consensus view is that Berlusconi will eventually pull out of the race, clearing for Draghi or another consensual candidate. Giuliano Amato, a former premier, is one possibility, as well as Mattarella, even if he has said he does not want a second term.

Draghi would be the first sitting prime minister to move up to the presidency. A deal on his name would require cross-party agreement also on a new premier, currently the subject of intense speculation in Rome.

Turkey eyes over $190B in exports