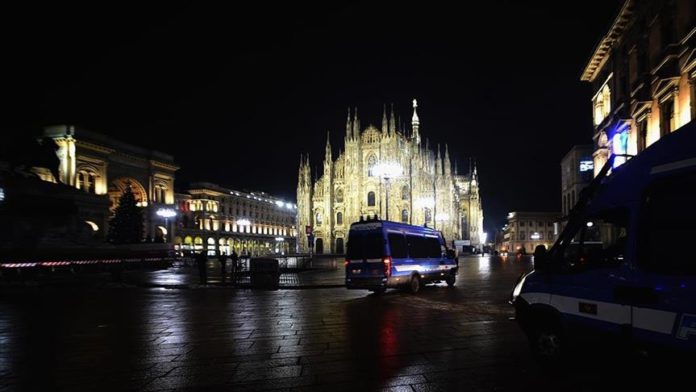 Italy reported 649 coronavirus-related deaths on Tuesday, almost double from the day before, while daily new infections rose to 15,378 from 10,800, as the second pandemic wave continues to hit the country hard.

While authorities struggle with speeding up the pace of the national vaccination campaign – which has been lagging behind in some regions – the government on Tuesday prolonged some restrictive measures until mid-January, in a bid to stop the contagion.

High schools were due to reopen with at least 50% attendance from Jan. 7, but the reopening was postponed to Jan. 11.

The northern regions of Veneto and Friuli Venezia Giulia, however, have said they will keep their high schools closed until at least the end of the month.

The crucial day is Jan. 7, when Conte will seek support from all his ministers for his economic recovery plan, which could lead Renzi’s Italia Viva party to quit the coalition and pave the way to a government crisis.

At that point, the prime minister is expected to go to parliament and start work on trying to find a new majority.

Analysts noted that, in the most likely scenario, the crisis will lead to the creation of a new government backed by the same coalition partners led by Conte or another newly designated prime minister.

Other less likely scenarios may include early general elections or the creation of a government of national unity headed by a technocrat.

Mario Draghi, the former head of the European Central Bank, has been often tipped as a possible candidate to lead a “national unity government,” but he has never openly commented or supported this option.​​​​​​​

China says inflation down in September