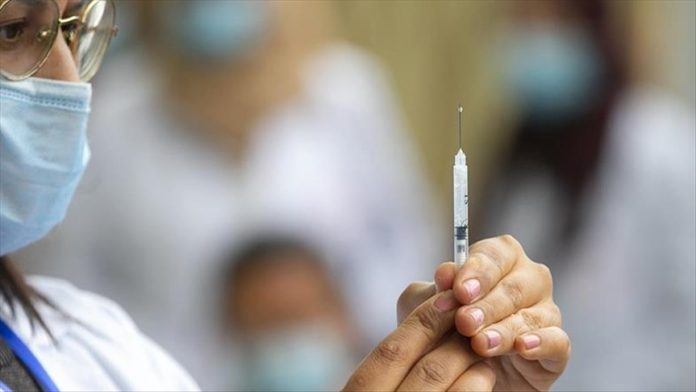 Italy has said it aims to vaccinate at least 80% of its population by the end of September, following criticism of the slow pace of its national vaccination campaign and amid a new resurgence of COVID-19 infections.

Francesco Paolo Figliuolo, new special commissioner for the emergency, unveiled his fresh national plan late Saturday to administer half a million doses a day at full capacity, according to government documents.

Italy also expects to receive a growing number of vaccines, with total deliveries rising from 15.7 million doses in the first quarter to 52.5 million between April and June to a peak of 84.9 million in the third quarter, the document said.

The country has registered 101,881 deaths since the outbreak emerged in the country in February 2020, the second-highest toll in Europe after the UK and the seventh-highest in the world. It has reported 3.2 million cases of the virus to date.

Just under 2 million people – or roughly 3% of the population – had been fully vaccinated as of Saturday, raising worries over the rollout of the national vaccine plan.

Most of Italy is to effectively be placed under almost-full lockdown starting Monday – in either “red” or “orange” zones, as the Health Ministry announced tougher restrictions for much of the country following a fresh surge in cases.

Many regions including Lombardy, which surrounds Milan, and Lazio, around Rome, will be designated high-risk “red zones.”

The new restrictions will be in place until at least Easter, over the weekend of April 3-5, when all of Italy will be under full lockdown. The only exception is Sardinia, Italy’s only low-risk “white zone.”

On Friday, Premier Mario Draghi thanked Italians for their “infinite patience” and said the new measures would be paired with new financial support for both families and businesses.

But he acknowledged there would be “consequences for the education of children, for the economy, and also for the psychological state of us all.”

“More than a year after the start of the health emergency, we are unfortunately facing a new wave of infections,” Draghi said during a visit to a new vaccination center at Rome’s Fiumicino Airport.​​​​​​​