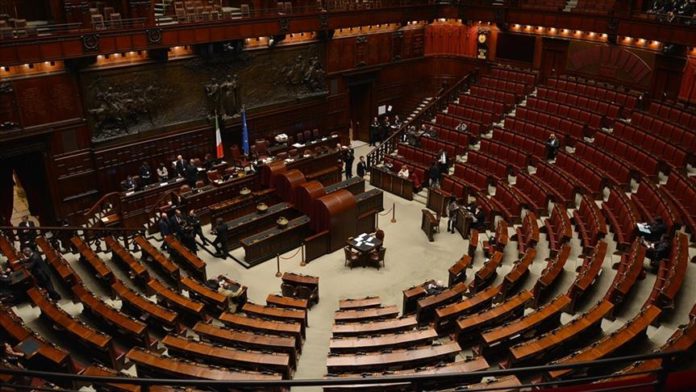 Italy’s government on Friday adopted a special derogation that will allow COVID-19-infected lawmakers to still take part in next week’s presidential election.

Some 1,009 delegates known as grand electors, comprising members of the two houses of parliament and regional representatives, will start voting from Monday on a successor to Sergio Mattarella, whose seven-year presidential term will end on Feb. 3.

While there are no formal candidacies for the highly-coveted post, Prime Minister Mario Draghi is seen as the frontrunner. Ex-premier Silvio Berlusconi, despite his scandal-hit career, failing health, and persistent legal troubles, is also in the picture.

Heeding a request from the speaker of the lower Chamber of Deputies, which is hosting the vote, the government adopted a decree waiving COVID-19 rules for lawmakers who have coronavirus or who are self-isolating for coming in close contact with a positive case.

They will be allowed to leave their homes and cast their ballots via a special drive-in facility to be set up outside the Chamber of Deputies. They will not enter the building or have any contact with non-infected lawmakers.

There were concerns that barring them from the election would have been unconstitutional. It would have also made it harder to assemble the necessary votes for a winner.

In the first three rounds of voting, a two-thirds majority is needed, while a simple majority of 505 is required from the fourth ballot, which is expected to take place Thursday and could be decisive.

Former Prime Minister Matteo Renzi told CNBC the election would be over “next Thursday or Friday.” He also insisted that Berlusconi had “zero possibility” of becoming president.