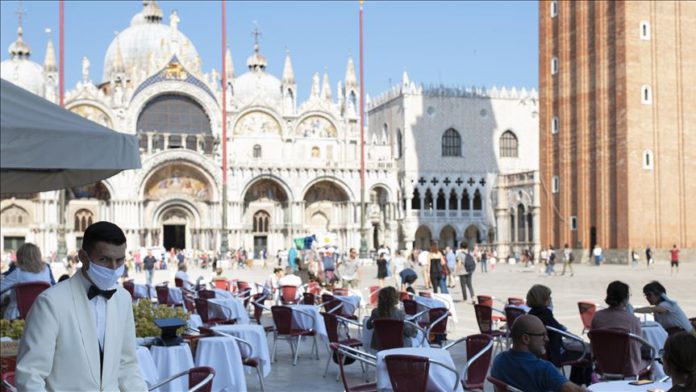 The Italian health minister said on Tuesday that the government is considering new restrictive measures as the country faces a constant growth in COVID-19 infections, raising the possibility of a new pandemic wave.

Roberto Speranza told parliament that the new measures include a proposal to make face masks mandatory in outdoors as well, a step already taken by some regions including the southern Campania, which recently saw a spike in new cases.

Speranza ruled out, for now, the option of another nationwide lockdown, which would bring the country back to last spring, when an almost total lockdown was imposed at a national level. Restrictions were gradually lifted in late spring and during the summer months.

“We must raise our guard within the awareness that our country is in better conditions than others,’’ he said, comparing Italy’s number of infections to the much higher one in Spain, France and the UK. “Masks are essential to contain the virus.”

The government is expected to approve the new measures with a new decree slated for Wednesday, in an effort to contain the contagion and limit public gatherings.

Speranza said that the recent rise in infections was linked to people meeting with friends and relatives, which makes it crucial to wear masks when gathering with people who don’t live in the same place.

Italian Prime Minister Giuseppe Conte also confirmed last week that the government will ask parliament to extend the state of emergency until Jan. 31, 2021, making it easier for officials to avoid bureaucratic hurdles and enforce the new restrictive measures.

WHO to probe origins of COVID-19 worldwide, China says

Ukraine withdraws from another CIS agreement