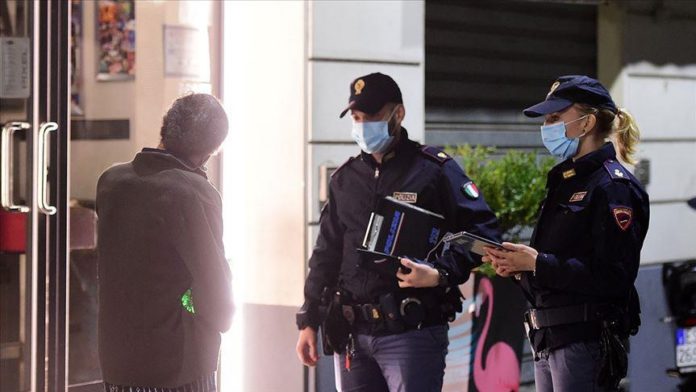 Italy will have to adopt strict restrictions over Christmas holidays to avoid a third wave of the pandemic next year, Health Minister Roberto Speranza told parliament on Wednesday.

The new rules — which will be effective from Dec. 4 — will include an almost total ban on international movements and between Italian regions, aimed at avoiding the spread of the virus across the country and limiting huge get-togethers.

The restriction will be even tougher on Dec. 25-26 and Jan. 1, when citizens would not be allowed to travel even between cities.

A nationwide curfew at 10 p.m. will be maintained also on Christmas night and New Year’s Eve, likely obliging Italian churches to anticipate the traditional midnight mass.

The government is still discussing a few exceptions to these limitations, possibly for students who plan to visit their families in a different region, or elderly parents and grandparents who live alone and would spend the holidays by themselves.

Speranza said the three-tier system adopted by the government to contain the second wave of contagion and avert a new lockdown is proving effective. But, he added, restrictions cannot be relaxed now.

“We have no illusions,” he told Italian lawmakers. “If we let our guard down, the third wave will be around the corner.”

Italy has recorded a slowdown in the contagion curve in the past four weeks, with infections stabilizing below 20,000 a day, but the number of daily deaths remains high at over 500.

The minister also provided details on the “massive” vaccination plan that Italy will adopt from January.

He said the country has pre-ordered more than 202 million doses of anti-COVID19 vaccines, which should be enough to vaccinate the entire Italian population, as some vaccines require two doses for each person.

“We have signed all the contracts that the EU has formalized, we don’t want to run the risk of not having enough vaccines,” Speranza said.

The EU has so far signed contracts with CureVac, AstraZeneca, Sanofi-GSK, Johnson & Johnson, BioNtech-Pfizer, and Moderna, managing to secure over a billion doses.

He added that the vaccine won’t be mandatory, but will be purchased and managed in a centralized way, and will be free of charge for all as it represents “a universal right.”

The first doses will be provided to the “critical” categories, those who are more exposed to the contagion. Then the vaccination campaign will start with health and sanitary workers, followed by patients and staff of elderly residencies and all the medically vulnerable groups.

EU to grant $11M for research on Coronavirus outbreak