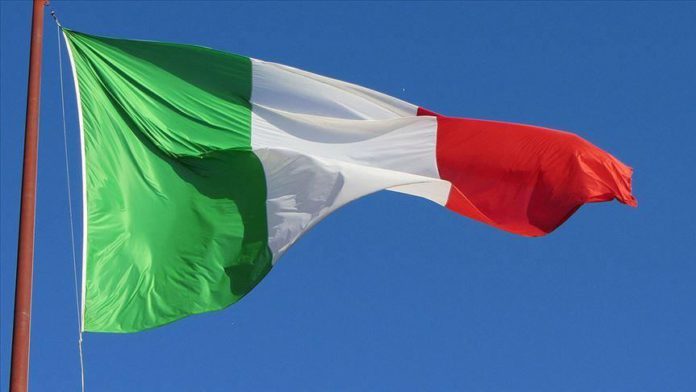 The Italian government sent soldiers on Friday to isolate a group of buildings in the southern town of Mondragone, where a new cluster of coronavirus among seasonal workers has sparked clashes with residents.

Earlier this week, regional authorities ordered to quarantine the buildings and put about 700 inhabitants — mainly Bulgarians and Roma — under lockdown for 15 days.

After executing more than 740 swab tests, 43 of the buildings’ residents tested positive for coronavirus, the regional governor said on Friday. He pledged tough security measures to stop the outbreak and keep all residents inside the red zone.

As police forces surrounded the area two days ago, tensions spiked between the buildings’ inhabitants, who live in precarious conditions and rely mainly on seasonal work, and some of Mondragone’s residents, who accuse them of being responsible for spreading the virus.

On Thursday morning, hundreds of Bulgarians took to the streets within the quarantines area to protest the lockdown, asking to be allowed to go back to work. A crowd of angry locals gathered around the buildings in the afternoon, accusing local authorities of discriminating against Italians and being too lenient with foreigners.

TV images showed one of the migrants throwing a chair from one of the building’s windows, while the locals started throwing stones and smashing cars.

The so-called Cirio buildings are one of the many Italian ghettos, home to undocumented migrants who are often exploited as irregular labor force by local foremen and live amassed in abandoned apartments and poor sanitary conditions.

“This situation has been going on for more than a decade, and many looked the other way,” said Campania Governor Vicenzo De Luca on Friday. He ensured that “the cluster will be eliminated” and called for Mondragone’s residents to keep calm and avoid xenophobic behaviors.

De Luca, who has been in the spotlight during the Italian lockdown for his hardline stance, stressed that the Campania region is currently “at zero contagions, with the exception on Mondragone.”

He added that 19 migrants who had left the quarantined area and disappeared earlier this week were traced and all tested negative.

Mondragone is not the only cluster that raises concern in Italy which lifted its lockdown measures in early June.

Another hotspot involves dozens of employees in the northern city of Bologna, at the Bertolini transport-and-delivery firm, which has closed its warehouse to contain the contagion.

Italy has been among the worst-hit countries in Europe by the COVID-19 pandemic, and despite a clear slowdown in the death and contagion rates, still counts one of highest death toll globally.

On Friday, the Civil Protection Agency reported 30 new deaths from coronavirus, raising the total number of fatalities to 34,708. Active infections fell by 665 to 17,638.