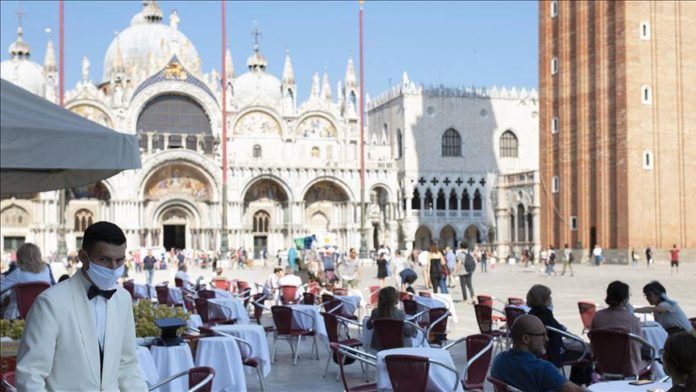 Italy on Wednesday reported its highest jump in daily coronavirus infections since the peak of the outbreak in late March, confirming a resurgence in the contagion that risks forcing the country to a new lockdown.

According to Health Ministry data, the new record high of 7,332 cases in the last 24 hours compares with 6,557 daily cases registered on March 21, though on a much lower number of tests conducted daily.

Experts are worrying that Italy’s contact-tracing system has started struggling to keep pace with the jump in new infections and could risk collapsing soon.

Professor Andrea Crisanti — a virologist credited with the successful testing plan adopted by the Veneto region at the peak of the pandemic — said in a TV interview on Wednesday that a Christmas lockdown could be in the cards, as it would help stop the virus transmission.

He praised the new restrictive measures approved by the government earlier this week, but noted that a different strategy is needed at this stage.

“More than enacting measures regarding people’s behavior, we need to block the virus: I don’t want to find myself speaking about 10,000 or 12,000 daily cases in two weeks from now,” Crisanti said.

Under the new rules, private parties in closed spaces and outdoors are banned, but the measures also include “strong recommendations” against private gatherings at home with more than six people who do not live together.

Bars and restaurants will have to close at midnight, while food and drinks cannot be consumed standing outside starting at 9 p.m. (17000GMT). Discos and nightclubs remain closed.

Contact sports are also banned, if not organized by associations which can maintain social distancing rules.

The decree, signed in the early hours of Tuesday, is valid for 30 days.

Italy, one of the first countries in Europe to be overwhelmed by the novel coronavirus, has also introduced changes to its quarantine rules, reducing to 10 from 14 days the minimum isolation period for people who test positive or have been in contact with COVID-19 patients.