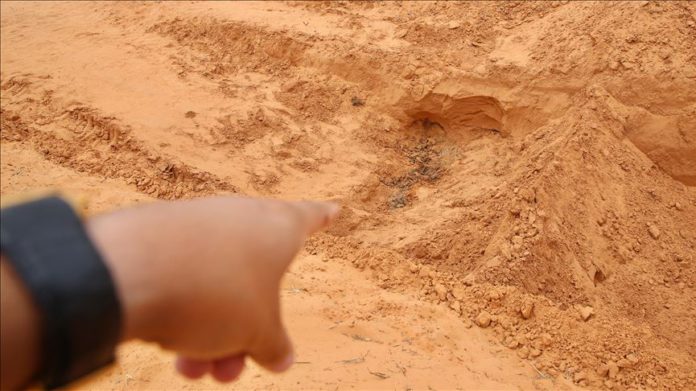 Italy called on Tuesday for an “independent and transparent” probe aimed at finding and punishing those responsible for the mass graves recently discovered in the Libyan city of Tarhuna.

According to data released by the United Nations, more than 150 bodies — including those of women and children — have been exhumed so far from a total of eight mass graves, most of them in Tarhuna.

The city was the last stronghold in western Libya controlled by militias loyal to renegade general Khalifa Haftar before being recaptured in early June by forces allied with the Tripoli-based government.

“The Italian government expresses its astonishment over the recent discovery,” said a statement issued by the Foreign Ministry, adding its call for an independent probe echoes similar ones by UN Secretary General Antonio Guterres and EU High Representative Josep Borrell.

Italy also asked “all the parties involved in the conflict in Libya to fully respect human rights and international humanitarian laws.”

The internationally-recognized Libyan government based in Tripoli has been under attack by Haftar’s forces since April 2019, with more than 1,000 killed in the violence.