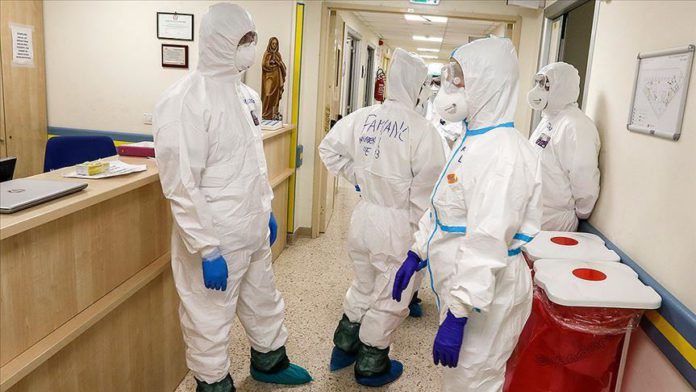 Once the epicenter of the European pandemic, Italy registered 89 new deaths, up from 73 Monday, according to the Health Ministry.

Italy continues to see a spike in new COVID-19 cases in several regions, led by northern Lombardy and southern Campania, which were the first two to introduce local curfews this week.

Active infections stand at 142,739, with the national death tally at 36,705, according to official data.

Prime Minister Giuseppe Conte said Tuesday that local measures to contain the second wave of contagion will be allowed, but still needs to be coordinated at the national level.

In a news conference Tuesday in Rome with Spanish premier Pedro Sanchez, Conte stressed that both countries “are going through a moment of particular difficulty … we want to show that by following the rules, life – also political life – can continue.”

He also said that he and Sanchez agreed the situation is completely different from the first wave and “we cannot re-propose the same strategy” of national lockdowns.

“We must think in this perspective: restrictive measures can be ordered at a local level by regional governors and mayors when the situation becomes particularly worrying,” Conte said.

“We are no longer unprepared and we have a sophisticated monitoring system,” he added.

Italy and Spain have been among the hardest-hit in Europe by the pandemic and are now struggling to block a second wave of infections that could be devastating from a sanitary and economic perspective.

“Humbleness, competence and cooperation at a local level are the only three ways to face this challenge,” said Sanchez.