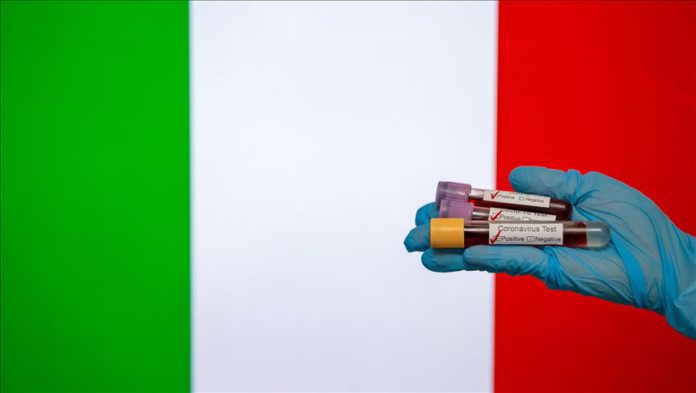 Italy on Thursday reported 285 new fatalities from the novel coronavirus, bringing the total to 27,967, with the largest daily drop in active cases since the beginning of the outbreak.

The data released by the Italian Civil Protection Department confirm that the country has left behind the peak of the pandemic as it braces for a partial restart of activities and a relaxation of the nationwide lockdown on May 4.

The epicenter of the Italian outbreak remains the northern Lombardy region, where fatalities continued to rise, reaching 13,772, about half of the country’s total deaths.

Italy’s government commissioner for the pandemic said on Wednesday that the country was now prepared for a second wave of infections “even bigger than the first,” in case the partial reopening of activities led to a new peak.

However, he stressed that if an infection rebound reached “apocalyptic dimensions,” there would be no way that any healthcare system could manage it.

On Thursday, Italian Prime Minister Giuseppe Conte was openly attacked by the opposition parties during a parliamentary hearing over government measures for the so-called second phase of the coronavirus emergency.

Both the Northern League and far-right Brothers of Italy accused the government of having imposed heavy emergency measures, which limited Italians’ constitutional rights, without involving parliament.

Conte’s address was also delayed as many lawmakers loudly complained about the fact that he was not wearing a protective face mask.

During his speech, the premier insisted that the relaxation of the strict lockdown rules had to be gradual to avoid a rebound of infections, which would waste all efforts since the start of the outbreak.