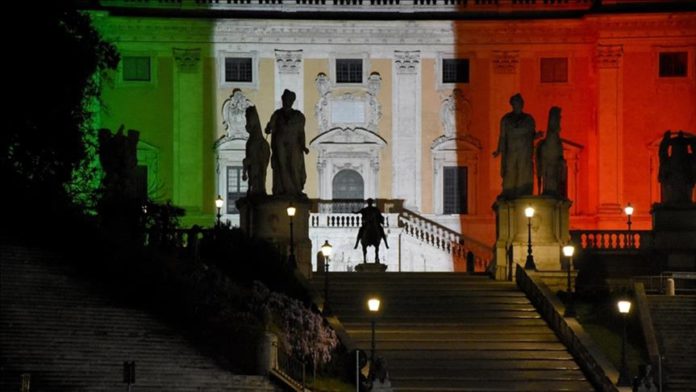 Italy reported 551 new deaths from coronavirus on Tuesday, the highest number since late January, as the country struggles to contain the third wave of infections and to speed up its slow vaccination campaign.

According to Health Ministry data, the new fatalities brought the official death toll to 105,879 since the start of the outbreak in February 2020.

The country also registered 18,765 new infections on Tuesday, up from 13,846 the previous day, bringing the total number of people who have contracted the virus since the start of the pandemic to over 3.4 million.

Experts noted the high number of deaths still included people who were infected a few weeks ago. They added that the daily death toll will decrease much slower than the number of new cases and people hospitalized.

Italy is struggling to stop the third wave of COVID-19 infections, mainly related to the new variants of the virus, while its massive vaccination campaign lags behind.

To date, the country has administered about 8.1 million doses and fully vaccinated just over 2.5 million people –about 4% percent of the national population.

The vaccine rollout has been particularly troubled in Italy’s northern Lombardy region — the hardest hit by the pandemic — due to continued problems in the booking systems, with some injection centers nearly empty during the weekend.

Regional Governor Attilio Fontana asked the board of Aria, the regionally-owned company that manages vaccination bookings, to resign over the failure. The region now plans to switch to a platform developed by the Italian Post Office and already in use in other parts of the country.

The Draghi government aims at tripling vaccinations to 500,000 per day by mid-April to reach herd immunity by the end of the summer.