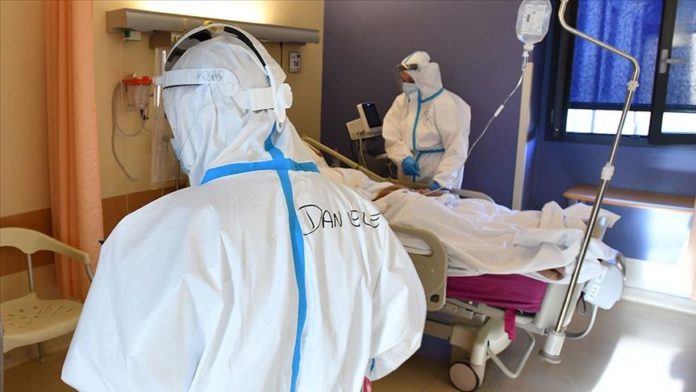 Italy on Sunday reported a fall in the number of daily fatalities from the novel coronavirus, although the death toll remained worryingly high compared to the other European countries.

According to the latest Health Ministry data, daily fatalities stood at 484, down from 649 from a day before, raising the nationwide death toll to 64,520, as Italy overtook the UK as the country with the highest number of virus-related deaths in Europe.

While the daily figure is more than halved from the peak of almost 1,000 deaths seen on Dec. 3, experts noted that these numbers tend to drop very slowly.

Italy also reported 17,938 cases, down from 19,903 on Saturday, with a higher number of swab tests performed. With the new cases, the tally of infections in the country exceeded 1.84 million.

The new figures, however, confirmed the trend observed over the past three weeks, showing that the contagion curve is flattening, but at a very slow pace.

The infection rate rose to 11.7% from around 10% a day before, still substantially lower than the peak of 18% seen in October, when contagions spiked after a relatively calmer summer.

Struggling to contain the second wave, Italian authorities have adopted strict measures for the holiday season in the hopes of preventing a third wave of infections early next year.

The tougher rules have sparked protests by the public and regional authorities, as they will keep families apart during the traditional Christmas holidays.

Italy special commissioner Domenico Arcuri on Sunday presented the Italian campaign for mass vaccination — which will start in mid-January — along with world-famous architect Stefano Boeri, with the slogan “Italy restarts with a flower.”

Boeri contributed to the design of the new stands that will be used for vaccination — 300 in the first phase of the campaign and 1,500 in the second. They will be shaped like flowers and will be sun-powered, aiming at keeping people calm as they receive vaccination.