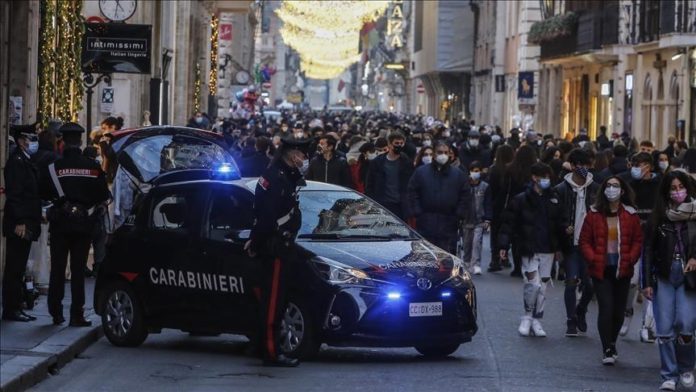 Italy reported 18,020 new COVID-19 cases on Thursday, down from 20,331 a day before, though the infection rate in the country remained high.

The Italian Health Ministry also reported 414 new coronavirus-related deaths, down from 548 on Wednesday.

Experts noted, however, that the infection rate — which indicates the percentage of positive results over the number of swab tests executed — rose again to 14.8%, far above the 10% alert rate.

Authorities are trying to speed up the pace of the national vaccination campaign, which has been lagging behind in some regions, including the highly populated Lombardy.

According to the latest data, about 326,600 people have been vaccinated across Italy.

Only about 5 million Italian students went back to school on Thursday after the government decided that high schools will re-open on Jan. 11. Hundreds of students held protests in Rome and Milan, asking to go back to their classrooms as soon as possible.

Conte on Thursday sent to the coalition parties a new version of Italy’s economic recovery plan, including some of the requests presented by Renzi’s Italia Viva party.

But it is not clear yet if that would be enough to avoid a government crisis, which would force Conte to face a risky confidence vote in the parliament.

UAE has no right to interfere in Libyan affairs: GNA