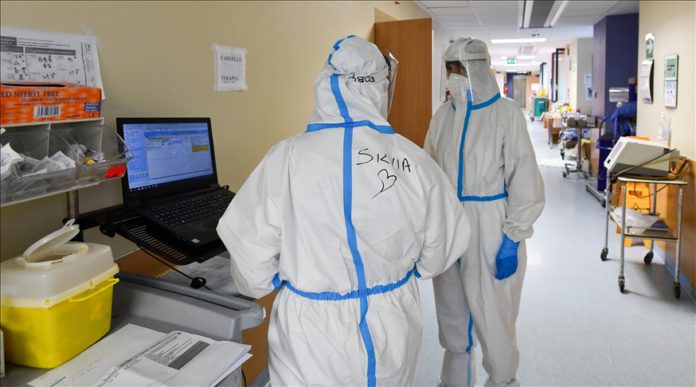 Italy reported a fall in daily deaths from coronavirus on Friday, but the death toll remained worryingly high despite a deceleration in the contagion curve.

According to the latest Health Ministry data, daily fatalities stood at 761, down from 887 from a day before, raising the nationwide death toll to 63,387 – still the highest in Europe after the UK.

While the daily figure is below the peak of almost 1,000 deaths seen on Dec. 3, experts noted that these numbers tend to decrease very slowly.

Italy also reported 18,727 cases, up from 16,999 on Thursday, with a higher number of swab tests performed.

The new figures confirm the trend observed over the past three weeks, which shows that the contagion curve is flattening, but at a very slow pace.

The infection rate remained stable at below 10%, substantially lower than the peak of 18% seen in October, when contagions spiked after a relatively calmer summer.

Struggling to contain the second wave, authorities have adopted strict measures for the holiday season in the hopes of preventing a third wave of infections early next year.

The new curbs include a near-total ban on international and domestic travel from Dec. 21 to Jan. 6, aimed at both avoiding the spread of the virus across the country and limiting large get-togethers.

The tougher rules have sparked protests by the public and regional authorities, as they will keep families apart during the traditional Christmas holidays.

Following complaints, the government agreed to introduce some exceptions to the new measures, allowing people to move between close cities and towns during the main festivities.