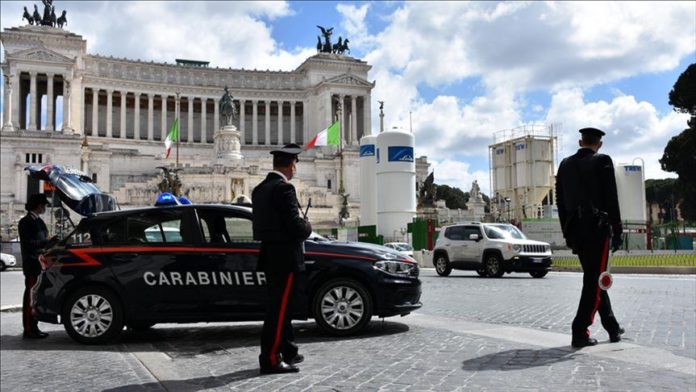 Italy on Monday recorded a fall in both daily novel coronavirus infections and deaths caused by the disease for the third day in a row.

According to the latest Health Ministry data, the new fatalities stood at 528, down from 564 on Sunday, bringing the nationwide death toll to 60,606 — the second-highest in Europe after the UK.

Although the number of deaths is far from the peak of almost 1,000 last week, experts explained that it still reflects the rise in infection numbers over last month.

The country also recorded 13,720 new cases of the coronavirus, down from 18,887 a day before. New infections, however, are usually lower on Mondays due to fewer swab tests administered.

Over the past two weeks, however, the general trend confirms that the contagion curve is flattening, experts said.

The infection rate rose slightly over 12% from 11.5% on Sunday, but still far from the peak of 18% in October, when the contagions spiked after a calmer summer.

Struggling to contain the second wave, authorities adopted stricter measures for the Holiday season in hopes to allow people to celebrate without risking a third wave of infections early next year.

The new curbs include a near-total ban on international movement and among Italian regions from Dec. 21 to Jan. 6, aimed both at avoiding spreading the virus across the country and limiting get-togethers.

The tougher rules sparked heated protests among citizens and regional authorities, as they would split families living in different areas during the traditional Christmas holidays.

Speaking in a TV interview on Sunday, the special commissioner for the emergency Domenico Arcuri said 220 million doses would arrive in Italy from January 2021 to March 2022.

“This means that, if plans are respected, by the third quarter of next year we’ll have enough doses to vaccinate all,” he added.