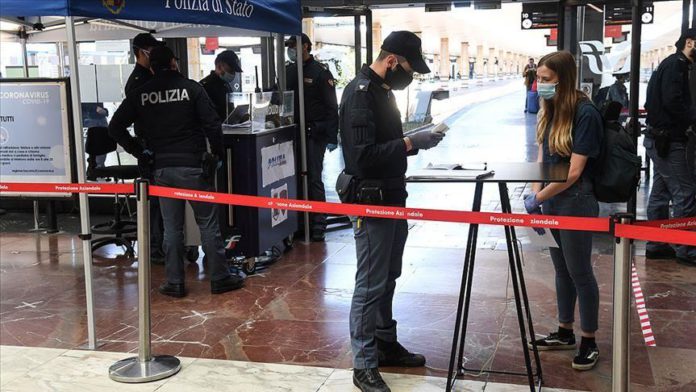 Italy on Monday reported 92 more fatalities from the novel coronavirus, bringing the death toll to 32,877, as a government call for 60,000 volunteers needed to help ensure social distancing sparked a new controversy within the ruling coalition.

The low increase in deaths registered on Monday confirms the slowing trend in the virus outbreak, showing that the peak of the crisis has been left behind.

The northern Lombardy region remains the epicenter of the pandemic, with fatalities rising to 15,874, almost half of the total.

Photos of Italian beaches and piazzas crowded with people enjoying the first weekend outdoors continued to alarm authorities and experts.

That prompted local authorities to issue a call to recruit 60,000 volunteers who will help people comply with the social distancing measures.

The move, however, sparked a new political controversy, as the Interior Ministry complained that it was no informed of the initiative and several politicians expressed doubts over the new figures.

The idea came from the Minister for Regional Affairs Francesco Boccia and the association of local municipalities, which plan to launch a call for the recruitment next week.

The volunteers will oblige people — “with kindness” and without the possibility of imposing fines — to respect social distancing rules in the parks, beaches and clubs, while also supporting the weakest part of the population, including kids and elderly people.

Civil assistants, or volunteers, must be older than 18 years of age, unemployed or low-income earners, and supported by social safety nets.

They will not be paid and will operate until the end of the state of emergency is declared by the Italian government, after being trained by local authorities.

The figure of civil assistants, however, has also raised criticism among citizens who fear to be further limited in their freedom.