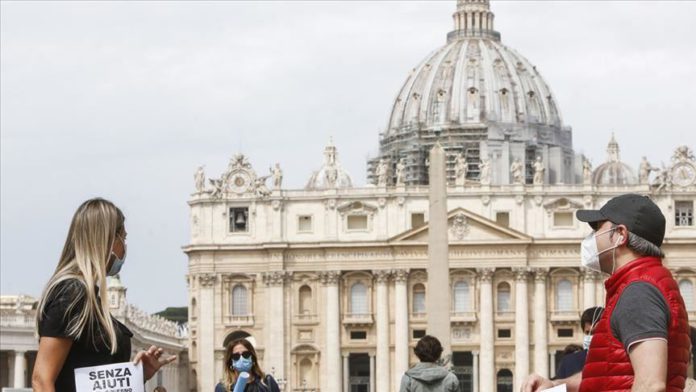 The slowing trend in the number of deaths registered in May continued in early June, confirming that the peak of the crisis has been left behind.

The tally of active infections fell again on Thursday, by 868, placing the total at 38,429.

The northern Lombardy region remains the epicenter of the pandemic, with victims edging up to 16,201, almost half of the total.

Italians on Wednesday were finally able to take trains or ferries to reunite with their relatives, as they were allowed to travel between regions for the first time after three months of lockdown.

Italy was also one of the first countries in Europe to reopen its borders to international tourism — hoping to relaunch its key touristic industry hit hard by the pandemic. Visitors coming from the EU and Schengen countries will not have to undergo a two-week quarantine as they enter the country.

But with 7,000 kilometers (4,349 miles) in coasts and a huge number of seaside areas, populated by 17 million people, Italy risks transforming its touristic spots into potential sanitary bombs.

That is why the new guidelines unveiled by Italy’s Higher Health Institute (ISS) on Thursday include mandatory reservations to enter beach clubs, possibly online and for specific hours, to avoid crowds.

Presences and reservation data should also be kept by owners for at least 14 days, to help tracing possible contagions while respecting privacy rules.

The ISS said the security distance of at least one meter (3.2 feet) — for people who are not family members — must be ensured on the beach, but also at sea. When that becomes impossible, the use of protective masks is considered necessary.

All types of beach get-togethers — including buffets, parties and aperitives — should also be banned, added the ISS.