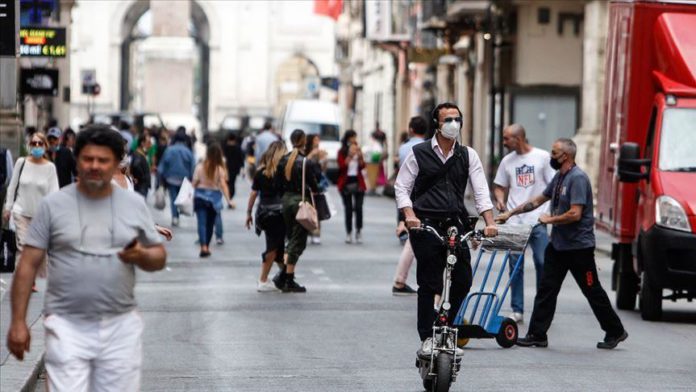 Italy on Sunday reported 75 more fatalities from the novel coronavirus, bringing the death toll to 33,415, as Greece’s decision to force some Italian nationals to undergo tests before entering the country has sparked a new row.

The slowing trend in the number of deaths has continued over the past week, seemingly confirming that the peak of the crisis has passed.

The northern Lombardy region remains the epicenter of the pandemic, with victims rising to 16,112, almost half of the total.

The government has confirmed that the last restrictions on movement between regions will be lifted on June 3, as the rate of contagions in all the regions are falling to more reassuring levels.

But, regional governors in southern Italy are worried that higher levels of contagion in the worst-hit northern regions — especially Lombardy and Piedmont — could risk spreading the infection.

The reopening of international borders in Europe also sparked a new row with Greece. The country on Sunday clarified that from June 15 to June 30, foreign nationals coming from “risk zones” — which for Italy included Lombardy, Piedmont, Emilia Romagna and Veneto — would have to undergo tests before entering Greece.

Whoever tests positive is obliged to remain in quarantine for 14 days. For all the other citizens the tests will be done only by sample.

The pandemic has killed just over 370,000 people worldwide, with total infections reaching almost 6.1 million, while almost 2.6 million people have recovered from the disease, according to figures compiled by the US-based Johns Hopkins University.