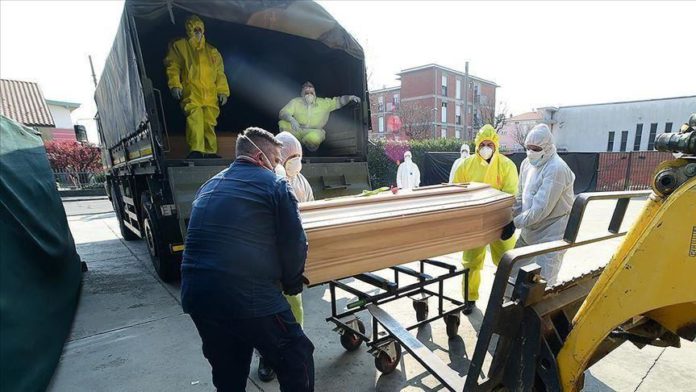 Italy on Wednesday reported 71 more fatalities from the novel coronavirus, bringing the death toll to 33,601, as the country lifted restrictions on interregional travel and resumed international tourism.

The slowing trend in the number of deaths registered in May confirms that the peak of the crisis has been left behind.

The tally of active infections continued to fall on Wednesday, by 596, placing the total at 39,297.

The northern Lombardy region remains the epicenter of the pandemic, with victims edging up to 16,172, almost half of the total.

Hundreds of thousands of Italians on Wednesday took the train or waited in line for ferries to reunite with their families and relatives, as they can travel between regions for the first time after three months of lockdown.

Italy is also one of the first countries in Europe to reopen its borders to international tourism on Wednesday – hoping to relaunch its key touristic industry, hit hard by the pandemic.

Now visitors coming from the EU and Schengen countries won’t have to undergo a two-week quarantine as they enter the country.

“The complete opening up of the country allows us to show to other countries that Italy is united and solid,” said Foreign Ministry Luigi Di Maio, who will visit some of his European counterparts in the next weeks to support the country’s image abroad.

The encouraging trend in the rate of deaths and new infections persuaded the government to allow Italians to move freely for their summer vacations, overcoming the resistance of less-hit regions, worried by the risks of a new spread of contagions.