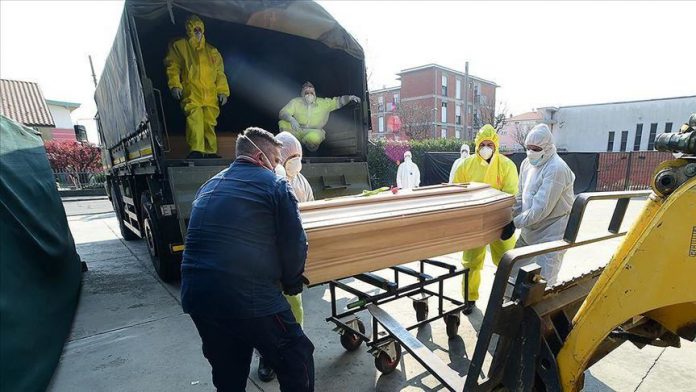 Italy on Wednesday reported 542 more deaths from the novel coronavirus, bringing the total number of fatalities to 17,669 — the highest worldwide — but registering a slight acceleration in active infections.

The daily rise in the number of victims is the lowest in about three weeks, supporting the government’s hopes that the curve has reached a plateau.

Current infections grew 1.3% from Tuesday to 95,262 — a bit higher than the previous day when the rise was at 0.9%. The number of recovered people touched a new record, climbing to 26,491, while the number of intensive care patients