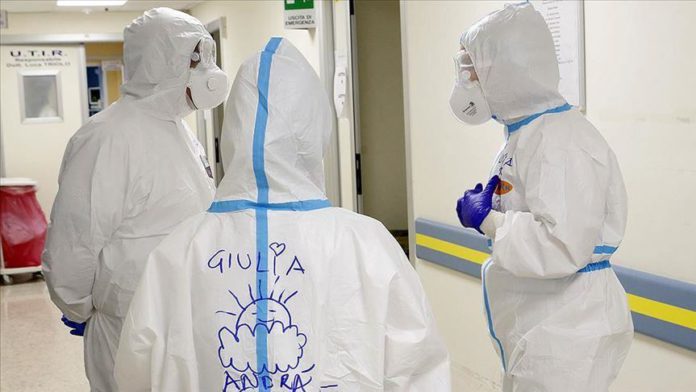 Italy on Thursday reported 53 more coronavirus-related fatalities, bringing the death toll in the country to 34,167.

The slowing trend in deaths registered in May has continued in early June, seemingly confirming that the worst of the pandemic has been left behind.

The tally of active infections fell again on Thursday, bringing the total to 30,637, with a decline of 1,073.

The northern Lombardy region remains the worst-hit nationally. The number of fatalities in the region rose to 16,374 — almost half the nationwide tally.

On Friday, Bergamo prosecutors — who are investigating the failed closure of two clusters in Lombardy in the early stages of the outbreak — will question Italian Prime Minister Giuseppe Conte and two ministers of his Cabinet as witnesses in the case.

Regional authorities have pointed out that the decision to enforce two red zones in the towns of Alzano and Nembro — among the first hit by the virus — was among the government’s responsibilities.

Conte told reporters on Wednesday that he was “not worried at all” and was ready “to pass on all the information I am aware of to prosecutors”.

This is not the only headache the Italian premier has to face in the next few weeks.

His government is struggling to draw up a long-term plan to solve Italy’s longstanding economic problems, aggravated by the fallout of the pandemic.

Conte called a special summit, slated to start on Saturday, which is supposed to discuss proposals to revive the country’s struggling economy, bringing together all the main political stakeholders.

But the opposition parties have decided to boycott the meeting, dubbing it a “useless show.”