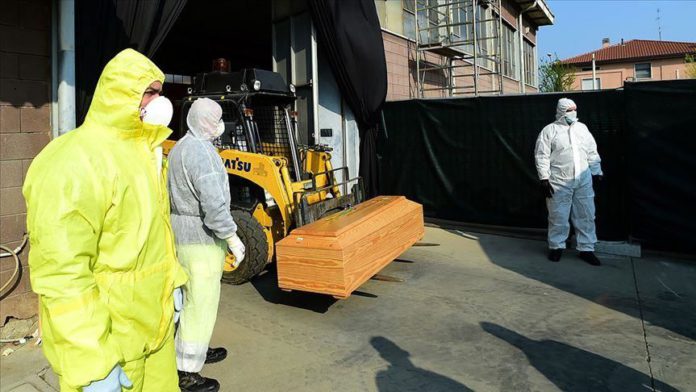 The slowing trend in death numbers registered in May has been confirmed early June, showing that the worst of the pandemic has been left behind. But health authorities continue to stress that citizens should not let the guard down, as they fear a possible new wave of contagions.

The tally of active infections again fell on Sunday, with a decline of 1,211 that brought the total to 26,274.

The northern Lombardy region remains the worst-hit nationwide. The number of fatalities in the region rose to 16,449 — almost half the countrywide tally — while 244 new cases were reported over the last 24 hours.

Health Minister Roberto Speranza announced on Saturday that Italy, Germany, France, and the Netherlands signed a contract with pharmaceutical group AstraZeneca to provide European citizens with 400 million doses of an anti-coronavirus vaccine.

According to the minister, the first batch of doses should be available by the end of the year.

On Sunday, Prime Minister Giuseppe Conte defended the scope of his economic summit, which will continue next week at Rome’s Villa Pamphili with national and international policymakers. It has been accused by the opposition parties of being a pure marketing operation.

Responding to calls for concrete measures — which came from both President Sergio Mattarella and the Bank of Italy — Conte ensured that the resources Italy will raise to fight the economic crisis will not be wasted.

“From the debate we will obtain concrete projects,” he said in a video posted on Facebook. “We don’t want to disperse in a thousand streams the resources we will be able to obtain, also at a European level.”

On Saturday, in a video-message, European Commission President Ursula von der Leyen stressed the need for Italy to deliver much-needed reforms to access the EU recovery fund proposed to help struggling countries face the heavy fallout from the pandemic.