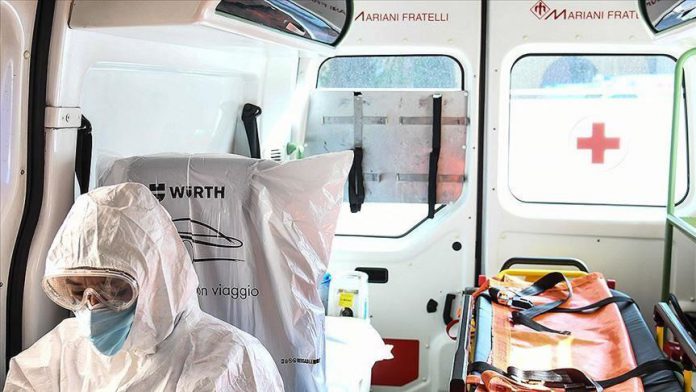 Italy’s death toll has risen to 26,644 on Sunday, with 260 new fatalities over the past day, the lowest increase since mid-March.

The data released by the Italian Civil Protection Department indicates that the flattening of the curve continues, as the government prepares to unveil the rules that will be applied after the nationwide lockdown is lifted on May 3.

Meanwhile, recoveries kept rising, reaching 64,828 as the number of patients under intensive care continued to fall.

The epicenter of the Italian outbreak remains the northern Lombardy region, where fatalities continued to rise, reaching 13,325, more than half of the country’s total deaths.

Italian Prime Minister Giuseppe Conte will provide details of the government’s plan for the recovery phase in an evening news conference.

In an interview with Italian daily La Repubblica earlier in the day, Conte said Italy will start reopening its manufacturing industry from May 4.

He clarified, however, that companies would have to introduce strict health safety measures before being allowed to resume operations.

Conte added that some businesses — considered strategic and export-oriented — could restart activities as soon as next week, pledging that schools would reopen in September.

The Italian government is also finalizing a new emergency decree that includes further economic measures aimed at shielding the economy from a dramatic recession.

According to new government forecasts, the Italian economy is expected to shrink by 8% this year.