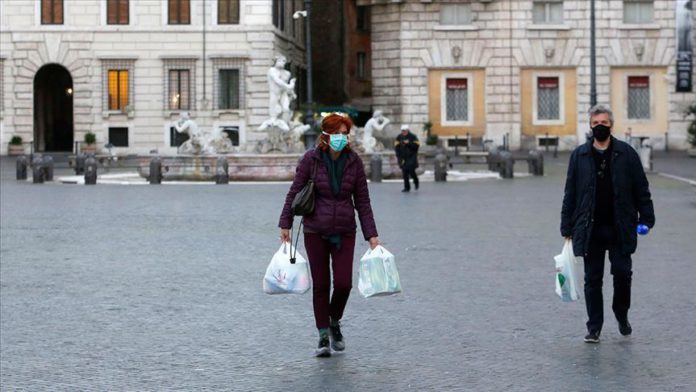 The slowing trend in deaths registered in May has continued until mid-June, showing that the worst of the pandemic has been left behind.

But health and political authorities continue to stress that Italian citizens should not let the guard down, as they fear a possible new wave of contagions.

The tally of active infections again fell on Monday, with a decline of 365 that brought the total to 25,909.

The northern Lombardy region remains the worst-hit nationally. The number of fatalities in the region rose to 16,457 — almost half the nationwide tally — while 259 new cases were reported over the last 24 hours.

Conte promised to provide struggling companies with four more weeks of redundancy funds, starting immediately. The measure, which will be approved later Monday, is part of a package aimed at helping workers who lost their jobs due to the lockdown.

However, the head of Italy’s business lobby Confindustria Carlo Bonomi attacked the government again for the lack of concrete plans to revive the Italian economy, facing the worst recession since World War II.

“I expected that the government would have presented a detailed plan, with a precise timetable,” Bonomi said on Monday. “I didn’t see this plan. I’d be curious to read it.”