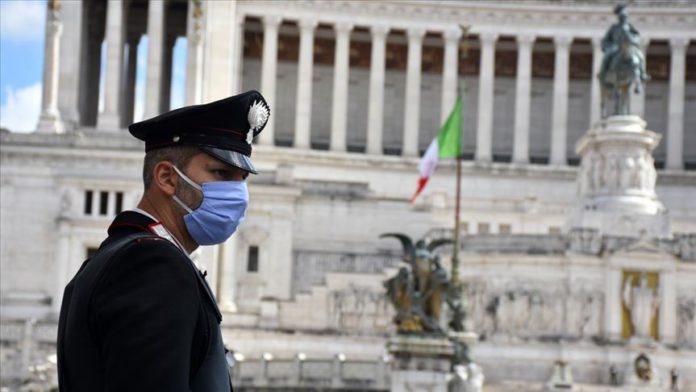 Italy on Tuesday reported 236 new fatalities from coronavirus, bringing the total to 29,315, a day after the country entered the so-called phase 2 of the emergency.

Data released by the country’s Civil Protection Department confirmed that Italy has passed the peak of the outbreak, as more than 4 million people on Monday went back to work after two months of strict lockdown.

Under the phase 2 rules, Italian citizens are allowed to visit relatives and move more freely within each region. Some strategic businesses restarted activities, but under stricter security protocols.

The tally of new active infections on Tuesday fell by 1,513 — the largest drop since the beginning of the outbreak — bringing the total active cases to 98,467.

The epicenter of the outbreak in Italy remains the northern Lombardy region, where fatalities keep rising, reaching 14,389, almost half of the country’s total deaths.

Despite the gradual improvement in the number of deaths and new cases, recently-released statistics suggest that Italy’s coronavirus death toll could be much higher than reported.

A study by Italy’s statistics agency ISTAT, focusing on the impact of the pandemic on national mortality rates, shows that from Feb. 21 — when the first COVID-19 death was reported — until March 31, nationwide deaths rose 39%, compared to the average of the previous five years.

Of the 25,354 additional deaths, only 13,710 were registered by the Civil Protection Department as caused by coronavirus, leaving around 11,600 fatalities out of the official tally. These were mostly concentrated in Italy’s northern regions, which were hit hard by the virus.

The statistics bureau said the gap in the official numbers could be attributed to the fact that these people died from coronavirus without being tested, or that they died for pre-existing pathologies that were not appropriately treated by the struggling healthcare system, overwhelmed by the emergency.

Those deaths were indicated as a dramatic “collateral damage,” as the Italian sanitary system was not prepared to handle such an extraordinary pandemic.

US expresses outrage to Iraqi PM over embassy attacks