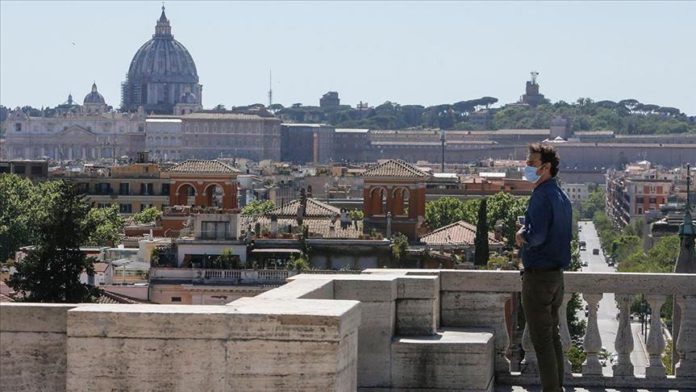 Italy on Saturday reported 153 more fatalities from the novel coronavirus, bringing the death toll to 31,763, as the government unveiled new rules that retailers will have to follow as they reopen on Monday.

Data released by the country’s Civil Protection Department confirmed the peak of the outbreak was left behind, as authorities and citizens prepare for the lifting of a two-month lockdown.

The epicenter of the Italian outbreak remains the northern Lombardy region, where fatalities have kept rising to reach 15,450, almost half of the country’s total deaths.

Early on Saturday, the Italian government approved a decree that allows international travel to and from the country from June 3. People will also be allowed to move freely within the country from the same date.

Bars, restaurants, and hairdressers are set to reopen from Monday, about two weeks ahead of schedule, as Prime Minister Giuseppe Conte surrendered to growing pressure from struggling business owners.

After reaching an agreement with regional governors, the government unveiled general guidelines that will allow businesses to restart their activities.

Restaurants will have to ensure a distance of at least 1 meter (3.2 feet) between customers, who will be obliged to make reservations. Business owners are also requested to keep records of the reservations for at least two weeks to help track possible infections.

The guidelines recommend temperature checks for diners on arrival.

Hairdressers and beauty salons also have to start taking reservations and must ensure strict sanitary measures.

There are currently more than 4.57 million confirmed global infections with nearly 309,000 deaths, while 1.65 million have recovered so far.