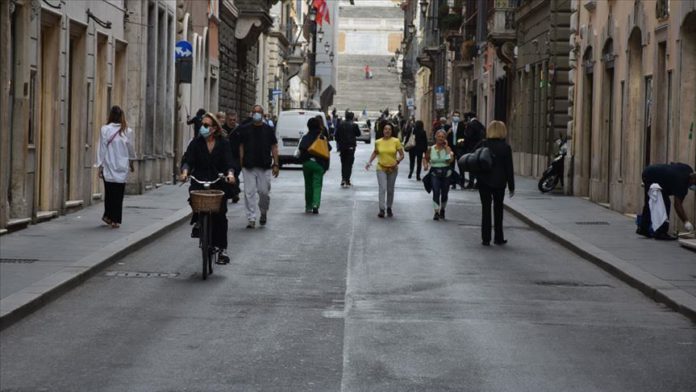 Italy on Friday reported 130 more fatalities from the novel coronavirus, as the country prepares to further relax lockdown restrictions in early June.

The death toll in the country surged to 32,616, according to data released by the Italian Civil Protection Department.

The department confirmed the peak of the outbreak was left behind. The tally of active infections on Friday fell again, by 1,638, placing the total at 59,322.

The epicenter of the Italian outbreak remains the northern Lombardy region, where fatalities continue to rise, reaching 15,784, almost half of the country’s total deaths.

Italian Prime Minister Giuseppe Conte said on Thursday that the country has overcome the worst of the coronavirus crisis, but also asked Italians to continue to stick to the rules to avoid a new spike in contagions.

Commenting on reports and images of young people gathering at night in some Italian cities, the premier stressed that “now is not the time for parties, for movida [nightlife], for get-togethers.”

The Italian government has decided to allow unrestricted travel between Italy and other European Union and Schengen countries — and within Italy itself — starting June 3.

From that date, Italian citizens will be allowed to travel between regions, but the government is mulling new restrictions.

According to some Italian media reports, people will be free to travel only between regions that have the same levels of contagion.

PSG not in hurry to renew deals, stars may walk free