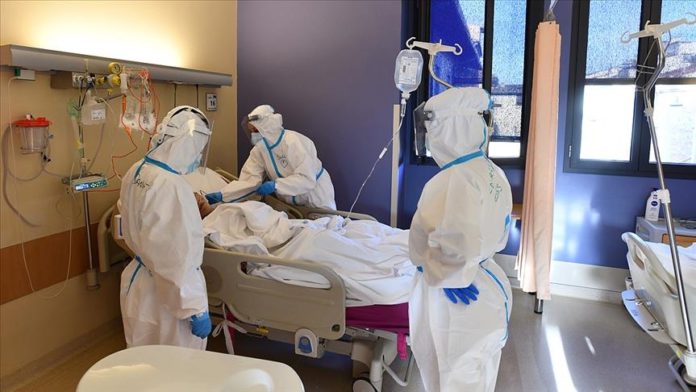 Italy on Wednesday reported 680 new coronavirus-related deaths, down from 846 a day before, as the country continues to register one of the highest death tolls in Europe.

Italy also recorded 17,572 new infections, up from 14,844 on Tuesday, with a higher number of swab tests performed.

The number of daily deaths also continues to be worryingly high, showing that the virus remains deadly.

The government is still discussing stricter anti-coronavirus measures for the upcoming holiday period, following the example of Germany and other European partners, in a bid to avoid a third pandemic wave early next year.

Experts and ministers led by Premier Giuseppe Conte, however, are divided over new restrictions, which could include an almost total lockdown around the main festivities.

The government is worried that a relaxation in the rules during the Christmas holidays could favor huge get-togethers and family reunions, fueling a third wave of contagion across the country.

Under pressure from critics, the government has been shaken by growing instability due to the far-flung positions of its coalition partners.

Renzi is expected to meet Conte on Thursday to find a compromise able to avoid a political crisis amid a global pandemic.

An end-of-the-year crisis could lead to a new transition government headed by Conte or another leader of the center-left majority.

The option of early polls in the first quarter of next year, however, remains unlikely.