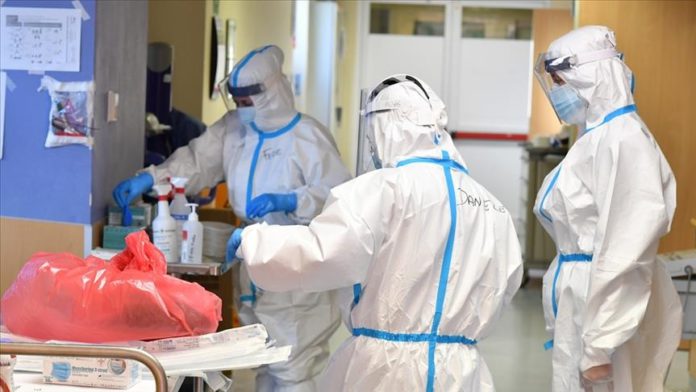 Italy on Monday reported 16,377 new cases of the novel coronavirus, almost halved from the peaks seen in recent weeks as the contagion curve continues to flatten.

According to the latest Health Ministry data, new daily cases fell by 21% from Sunday, reaching a total of 1,601,554 since the start of the pandemic. The figures, however, reflect as usual a much lower number of swab tests conducted over the weekend.

The country also recorded 672 new deaths — below the highs at over 800 registered last week — bringing the national death toll to 55,576, the second-highest in Europe after the UK.

The infection rate remained stable at around 12.5%, far from the peak at over 17% seen two weeks ago.

Authorities have warned citizens against lowering their guard, asking them to follow safety measures also during Christmas holidays.

After struggling to contain the second wave of the pandemic, the government is hammering out stricter measures for the holiday season in a bid to allow people to celebrate with their close relatives, without risking a third wave of infections early next year.

Meanwhile, Rome approved additional aid measures worth around €8 billion to support people and businesses hit hard by the second wave.

The package includes a delay in fiscal deadlines for small companies and self-employed workers, and a one-off bonus for workers in the tourism sector, which has been among the most damaged by the pandemic.