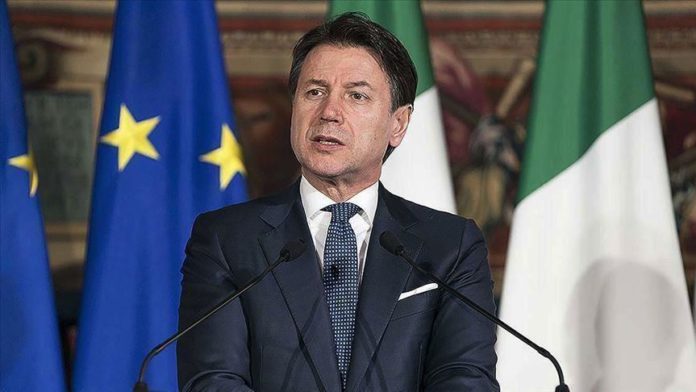 Italy’s premier on Thursday called on the UK to secure a Brexit deal, admitting, though, that it was “difficult to feel optimistic” after Britain’s move to unilaterally override its Withdrawal Agreement with the EU.

Speaking to The Guardian and other European media outlets, Conte said: “But, beyond this step, I believe there will be an agreement in the end […] and trust that the British government will be willing to reach one that ensures reciprocal advantages.”

Italian exporters are keen to secure a good Brexit deal, fearing a no-deal Brexit could risk access to one of Italy’s largest export markets.

Last week, the EU launched legal action against the UK over the bill that has been controversial both inside and outside the country.

Lord David Neuberger, the former head of the UK’s supreme court, said Wednesday that the bill, which also exempts some government powers from legal challenge, risks putting the UK down a “very slippery slope” towards “dictatorship.”

In an online panel of lawyers opposing the bill organized by the International Bar Association, Neuberger said: “Once you deprive people of the right to go to court to challenge the government, you are in a dictatorship, you are in a tyranny.”

The panel also included Michael Howard, a former barrister and Conservative Party leader and staunch Brexiteer who opposed the new bill on the basis that it breaks the law, and Dominic Grieve, a former Conservative attorney-general, who opposes both Brexit and the bill.

“The right of litigants to go to court to protect their rights and ensure that the government complies with its legal obligation is fundamental to any system,” added Neuberger.

“You could be going down a very slippery slope.”