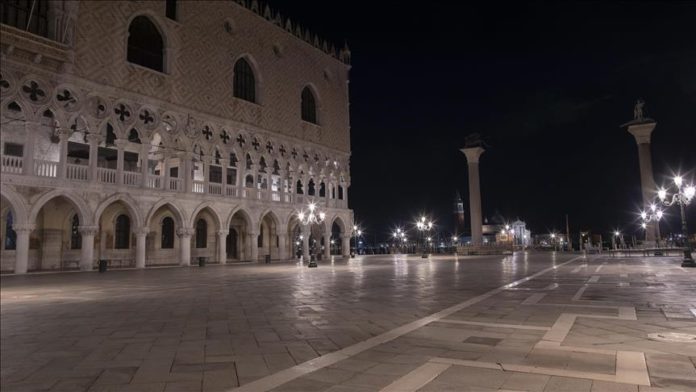 The Italian government is discussing new restrictions to fight the second wave of coronavirus that has pushed the national death tally above 75,000, the highest in Europe.

A Cabinet meeting late Monday will decide whether the new measures adopted for the holidays will be extended through mid-January or if regions with a lower infection rate will be allowed to relax the curbs.

The government is also insisting on plans of reopening schools starting this week, on Jan. 7, but some regions – including the northern Veneto – have postponed restarting high school classes until the end of the month.

Italy reported 348 coronavirus-related deaths on Monday, substantially stable from the day before, while daily new infections fell to 10,800 from 14,245, reflecting a much lower number of swab tests done during the weekend.

The country is also struggling with speeding up the pace of its vaccination campaign, which has been lagging behind in some regions – including the highly populous Lombardy.

About 119,000 people have been vaccinated across Italy since Dec. 27, only 25% of the total amount of doses distributed.

Hospitals and health authorities have cited a lack of personnel and disorganization among the reasons for the delay, also noting that many doctors were on holiday and could not be recalled for the campaign.

Lombardy officials added that starting on Monday, the 6,000 daily vaccinations executed in the 65 regional hubs up to now should rise to 15,000 per day in a few days.