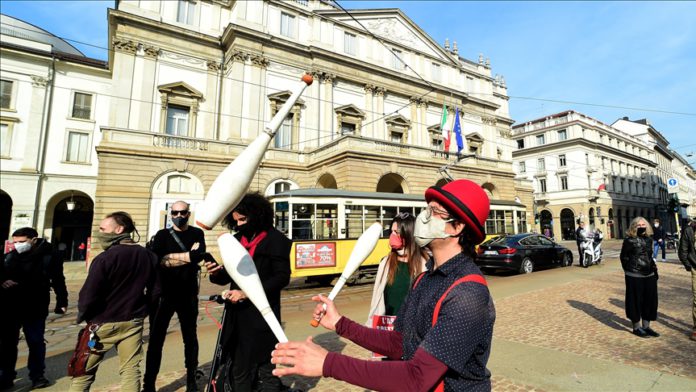 Italy is mulling stricter anti-coronavirus measures during the holiday period, following the example of Germany and other European partners, in a bid to avoid a third pandemic wave early next year.

According to Italian media, the government could impose a nationwide “red-zone” during Christmas and New Year’s Eve festivities, as it struggles to prevent a possible surge in new infections over the holiday period.

The new measures, which could be announced as soon as Tuesday, could include an extension of overnight curfews, a ban on all non-essential movements, and the closure of all shops not deemed essential.

Italy reported 491 new coronavirus-related deaths on Monday, up from 484 on Sunday, after surpassing the UK as the country with the highest death toll in Europe.

Italy also recorded 12,030 new infections, down from 17,938 on Sunday, with a lower number of swab tests performed.

Italian police were even forced to seal off popular sites, including Rome’s Trevi Fountain, after crowds flooded the streets.

The government is worried that a relaxation in the rules during the upcoming holidays could favor huge get-togethers and family reunions, fueling a third wave of contagion across the country.

Under pressure for its poor handling of the second pandemic wave, the Cabinet led by Premier Giuseppe Conte has been shaken by rising instability due to the far-flung positions of its coalition partners.

A possible vote on key measures in parliament could pave the way for an end-of-the-year political crisis, which could even lead to a new transition government headed by Conte or another leader of the center-left majority.

However, Italian President Sergio Mattarella, who wants to guarantee the country’s political stability amid a delicate phase of the pandemic, has already warned that radical changes in the Cabinet would harm the country’s credibility and disrupt government action.