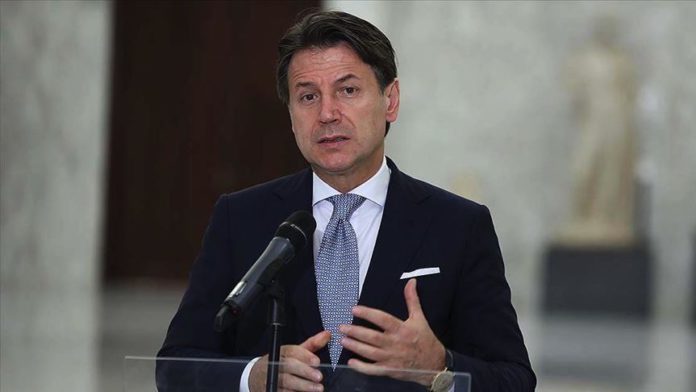 Under the new rules, private parties in closed spaces and outdoors are banned, but the measures also include “strong recommendations” against private gatherings at home with more than six people who do not live together.

The new measures came after long negotiations with the regions, as limits on private gatherings were opposed by some local governors.

Bars and restaurants will have to close at midnight, while food and drinks cannot be consumed standing outside starting at 9 p.m. Discos and nightclubs remain closed.

Contact sports are also banned, if not organized by associations, which can maintain social distancing rules.

The decree, signed in the early hours of Tuesday, is valid for 30 days.

It also includes the recently-introduced rules that make protective masks mandatory indoors and outdoors, “when in proximity to others not from the same household.”

The government approved the additional measures amid a spike in the numbers of new infections, which continued to rise at around 5,000 a day in the past week.

Italy, one of the first countries in Europe to be overwhelmed by the novel virus, has also introduced changes to its quarantine rules, reducing to 10 from 14 days the minimum isolation period for people who test positive or have been in contact with COVID-19 patients.

On Friday, the country topped 5,000 new cases in a day for the first time since March, the peak of the pandemic. Daily infections were again above 5,000 on Saturday and Sunday. The number of people hospitalized in intensive care units is also rising slightly.

New infections stood at over 4,600 on Monday, compared with more than 5,400 the day before, as daily tests dropped over the weekend.