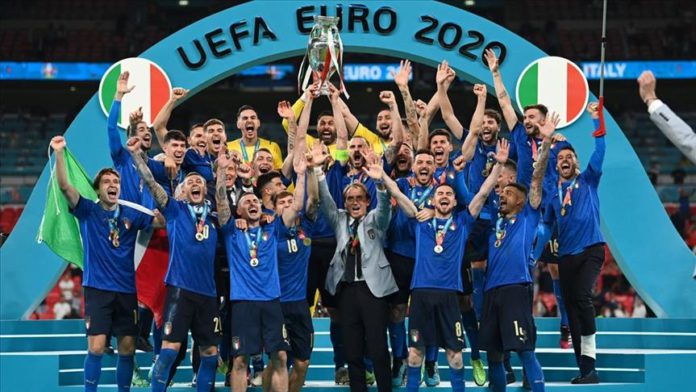 Italian President Sergio Mattarella on Friday conferred Order of Merit honors to the Italian National Football Team players and staff for their victory in this year’s UEFA EURO title.

The rest of the players were bestowed Knight honors, the lowest grade of Italy’s order of merit.

Italy were crowned the winners of the EURO 2020 on July 11, beating England on penalties at Wembley Stadium, London.

It was Italy’s first European Championship trophy since 1968.

Death toll from massive explosion in Beirut rises to 73