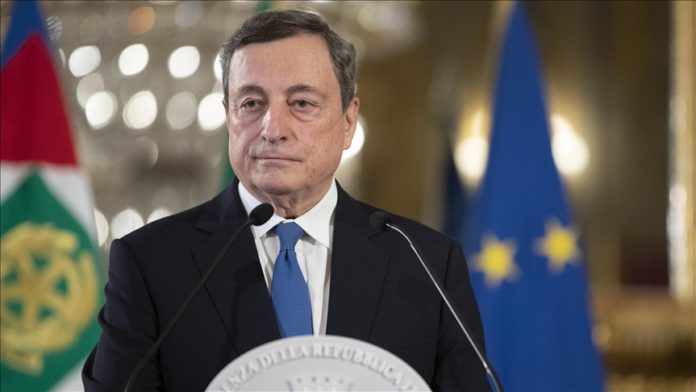 Italy’s Five Star Movement voted Thursday in favor of a wide coalition government led by Prime Minister designate Mario Draghi, paving the way for the creation of a new cabinet that will be tasked with leading the country out of its health and economic emergency.

Five Star supporters eligible to vote on its online platform dubbed Rousseau gave the go-ahead to the Draghi government with 59.3% of the vote, showing that the once fiercely anti-establishment movement remains divided over backing an institutional government led by the former head of the European Central Bank.

The “yes” vote marks a crucial change in the nature of the populist movement, funded by former comedian Beppe Grillo in protest against the corruption of the old political class and its backdoor deals.

More than half of the supporters who took part in the vote responded to a call from Grillo and the main party leaders to support the Draghi administration – a tough decision for the Five Star voters, as the wide “national unity coalition” will include some of their arch-enemies.

Italian President Sergio Mattarella called in Draghi to solve one of Italy’s most chaotic political crises, which was sparked by the exit of Matteo Renzi’s Italia Viva party from the ruling coalition.

Draghi, 73, – one of the most respected institutional figures in Italy and abroad – has gathered enough support among center-left and right-wing parties to forge a large coalition government. It will have to face the dramatic health crisis caused by the coronavirus pandemic and the worst economic recession since World War II.

Draghi is likely to unveil his list of ministers to Mattarella on Friday and then detail his political platform in parliament next week, after the government’s installment.

The wide support obtained also among the center-right opposition, including Matteo Salvini’s far-right League party, should allow Draghi to easily win the confidence votes in both chambers.

However, the threat that some Five Star dissidents may vote against the new government in the parliamentary ballot could still derail the installment of the new cabinet.

Showing the deep fracture within the party, one of its founding leaders, Alessandro Di Battista, announced on Facebook that he will leave the movement.

Draghi has reportedly promised to create a special ministry for ecological transition, a move that helped him win over support from Five Star, which has always put the environment among its top priorities.

The new premier will have to pull together a solid plan to invest more than 200 billion euros in funds earmarked by the European Union to help Italy recover from the pandemic emergency.

Italy has recorded nearly 93,000 fatalities related to COVID-19 since the start of the outbreak in February last year, the second-highest death toll in Europe.

South Korea to dispatch troops to Strait of Hormuz