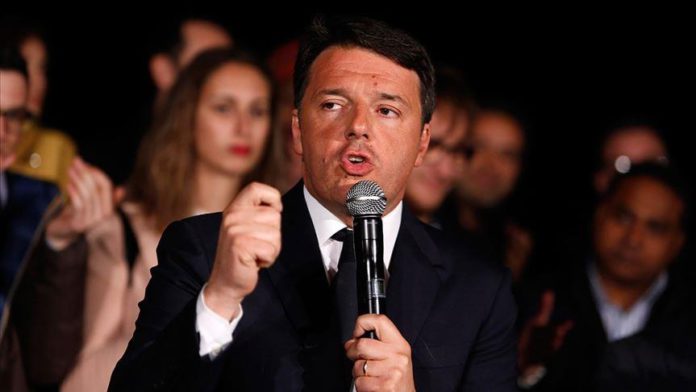 Italy risks facing a full-blown government crisis on Tuesday evening, as a key Cabinet meeting could expose an irrevocable split within the fragile ruling coalition.

The crisis would hit the country just as it is struggling to contain a new wave of COVID-19, which has already claimed almost 80,000 lives and triggered a dramatic recession.

The Cabinet meets late on Tuesday to approve Italy’s economic recovery plan, which includes spending for more than €200 billion (over $243 billion) in loans and grants earmarked by the EU to help countries hit hard by the pandemic.

Former premier Matteo Renzi, leader of the centrist Italia Viva party, has harshly criticized the government for its plans on how to invest the EU funds, threatening to pull his two ministers from the government.

The move could come as soon as Tuesday night and would formally trigger a political crisis, as Prime Minister Giuseppe Conte does not have a working parliamentary majority without Italia Viva’s support.

At that point, Conte would likely offer his resignation to President Sergio Mattarella and then obtain a mandate to see if he can win enough votes in Parliament to form a new government.

The premier can also try to go straight to Parliament and face a confidence vote, a risky option that would rule out a new mandate for him in case of failure.

If Conte is not able to secure an alternative majority, Mattarella will hold negotiations with other parties to find a political solution.

In light of the ongoing health and economic crisis, the president will probably give party leaders just a few days to strike a compromise.

If no deal is reached, Mattarella will be forced to dissolve Parliament and call early elections.

This outcome, however, is very unlikely as both the main partners of the current government – the Five Star Movement and the Democratic Party – know that early polls could lead to a victory for the center-right opposition led by Matteo Salvini’s League party.

Renzi also knows that his party – hovering below 3% in recent polls – would probably be at risk of survival in case of new elections.

A broad national unity government led by a well-respected technocrat, such as former European Central Bank head Mario Draghi, would also be a possible, but quite unlikely, alternative.

Italy reported 616 new coronavirus-related deaths on Tuesday, up from 448 a day before.

Health Ministry data showed new infections rising to 14,242, from 12,532 on Monday, as the second wave continues to hit the country hard.

A political crisis amid the health emergency could also damage Italy’s massive vaccination campaign, which started at the end of last year and has seen more than 730,000 people inoculated nationwide.