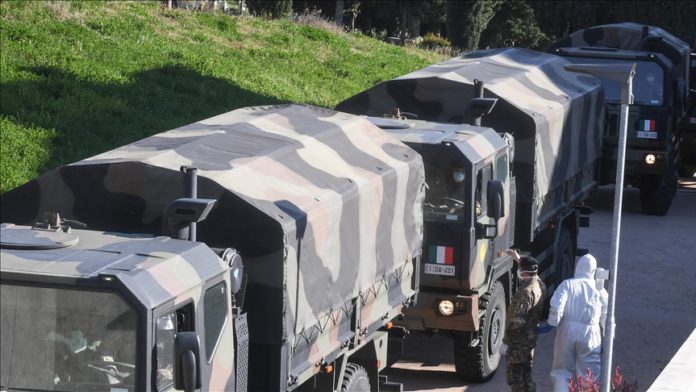 Italy has completed the withdrawal of its troops from Afghanistan, the country’s defense minister said Wednesday.

Lorenzo Guerini greeted the last contingent returning from Afghanistan at the military airport in Pisa, according to diplomatic sources.

He thanked 53 soldiers and 723 military personnel who were killed while serving in Afghanistan.

Guerini stressed that Italy’s connection to Afghanistan will continue in other areas, “starting with supporting Afghan institutions and strengthening cooperation with these institutions in the field of development.”

Poland also announced it would withdraw its entire military presence as of this weekend.

The Joe Biden administration announced it would withdraw completely from May 1 to Sept. 11.

More than 50% of the withdrawal has been completed and six military bases have been handed over to the Afghan forces, but the American command has not yet officially announced the number of troops withdrawn, according to the most recent statement by US Central Command.

The US is expected to keep a military unit of several hundred to protect the Kabul Embassy.

The Biden administration, which reached an agreement in principle with Turkey to protect Kabul’s International Airport, is considering retaining some military personnel to support forces.